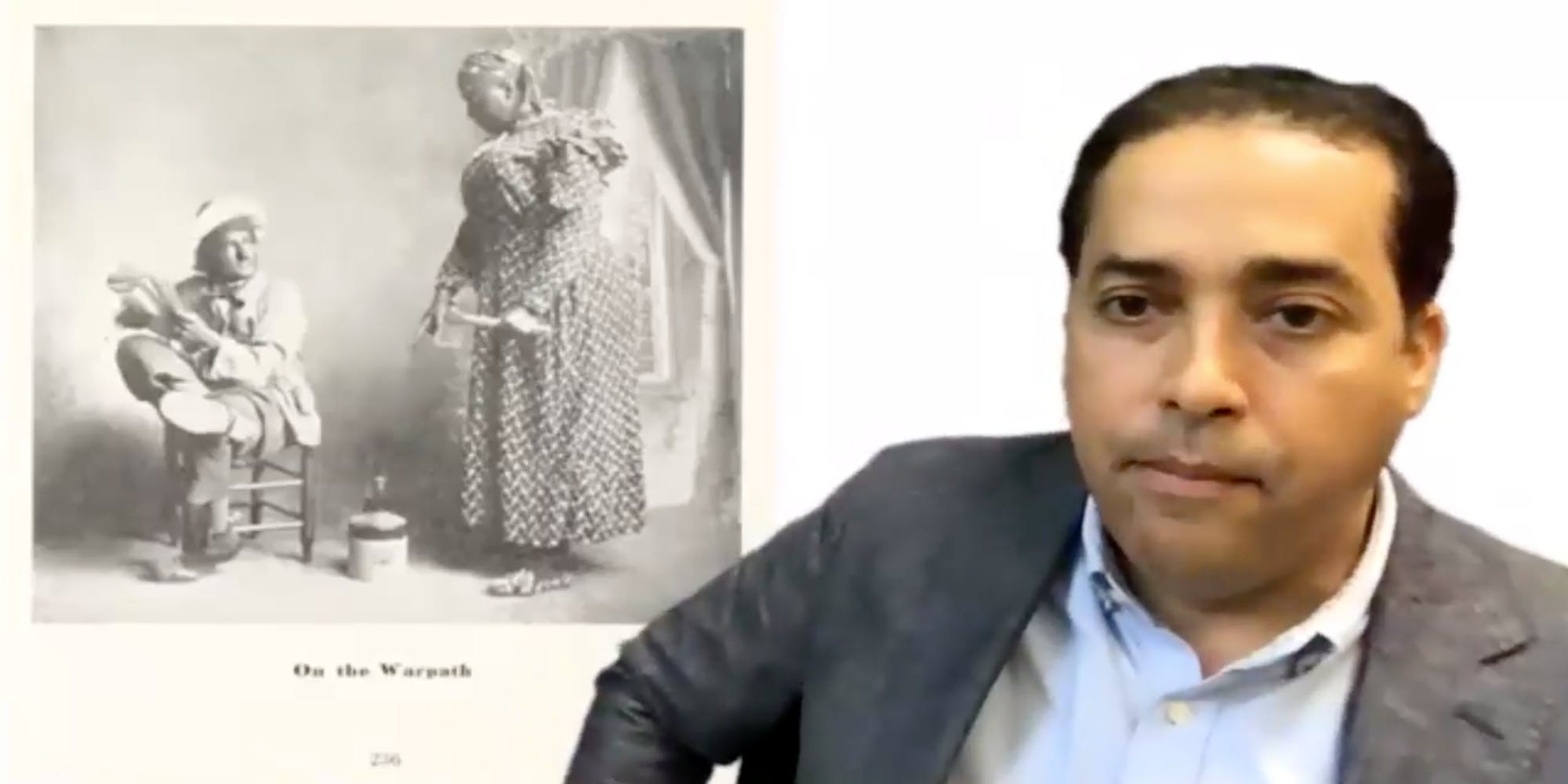 A so-called “Zoom bomber” holding a gun reportedly dropped into an online event about the controversial university song “The Eyes of Texas.”

Texas Orange Jackets, a service and spirit organization at the University of Texas at Austin, hosted the event with Alberto Martinez, a history professor at UT Austin who released his own report on March 24 investigating the history of “The Eyes of Texas.”

Martinez came to the conclusion that the song has explicitly racist origins, a contrast to the university’s report stating that the fight song “had no racist intent.”

“UT administrators have a moral duty to acknowledge the truth, and to make policies based on it,” Martinez said in his report. “There are reasons why not everyone feels united by this song.”

“The Eyes of Texas” has been protested by students, athletes and faculty members since the summer of 2020. Tension surrounding the song has resurfaced as students who give campus tours are |9c12e0be3294dfb432acfb6ea4a745e8| if a plaque with the song’s lyrics remains in the school’s admissions center.

The latest dispute surrounding the song involves a man showing up to a Zoom call on April 24 during which the song was discussed, the Texas Tribune reports. The man wore a black beanie and bandana over his mouth and nose and held a large gun in his hand. Moderators quickly removed him from the meeting.

The Texas Orange Jackets wrote a statement regarding the incident along with an edited, recorded version of the event.

“Given the sensitive nature of the matter discussed on this call, we believe this was a targeted incident,” the statement said. “We unequivocally condemn the racism and violence that have been brought up in conversations about this song and again call on the university to remove the ‘Eyes of Texas’ as the official school song of the university.”

Ariel Juarez, the president of Texas Orange Jackets, told the Daily Dot that the organization hosted the event because the organization and the university’s history is tied so closely to the song.

“It’s important to have us into this conversation and put us into accountability of what we as an organization are doing to make change for the better,” Juarez said.

The Texas Orange Jackets discussed the best format for the event and were aware of previous Zoom bombing incidents at the university but didn’t anticipate the intruder would show up on video. People who attended the event were not able to turn on their microphones without permission, but participants were able to turn on their video freely.

Juarez did not think most members saw what happened since the speaker was on full screen for most of the event but said the incident sparked a conversation on how to make future online events more safe and inclusive.

“It’s hard to know that when we’re having this conversation, someone opted to bring a gun,” Juarez said. “It very much so alludes to the point that the professor and a lot of students have been voicing of what this song is really about.”

The organization filed a report to Zoom with a screenshot of the perpetrator and reported the incident to university officials. The University of Texas at Austin provided a statement to the Daily Dot that said, in part, university police and the school have “been made aware and we are looking into the incident.”

Juarez said since the beginning of virtual campus classes events, she had been concerned about people joining to say hateful or inappropriate comments.

“It sucks to know that when we’re trying to have these kinds of conversations that are very uncomfortable, it can create a tricky way for all of us to be communicative and thoughtful,” Juarez said.

Some Texas Orange Jackets alumni have expressed their disapproval of the organization’s stance on the song in the comments of their posts. Kay Boyles Caillier, tap class of 1967, said she was sad to see the organization demand the university to remove “The Eyes of Texas” as the official school song.

“Count me out,” Caillier commented on Facebook. “I will always sing The Eyes of Texas with pride.”

“As an alum, I’m always proud of y’all for pushing the conversation forward on race and justice on campus.” Quynhanh Tran commented.

Despite differing opinions, Juarez said she wants to engage more with alumni because the organization has given her a community to fall back on and she hopes to do the same.

“We’re not here to attack or belittle them,” Juarez said. “We have to acknowledge our complicated history and think to ourselves how we can do better as an organization in this kind of university and in the state of Texas.”

The post Zoom bomber holds up gun in meeting about controversial fight song ‘The Eyes of Texas’ appeared first on The Daily Dot.