‘You sound kind of racist, and it’s annoying’: TikToker tells off ‘Karen’ neighbor 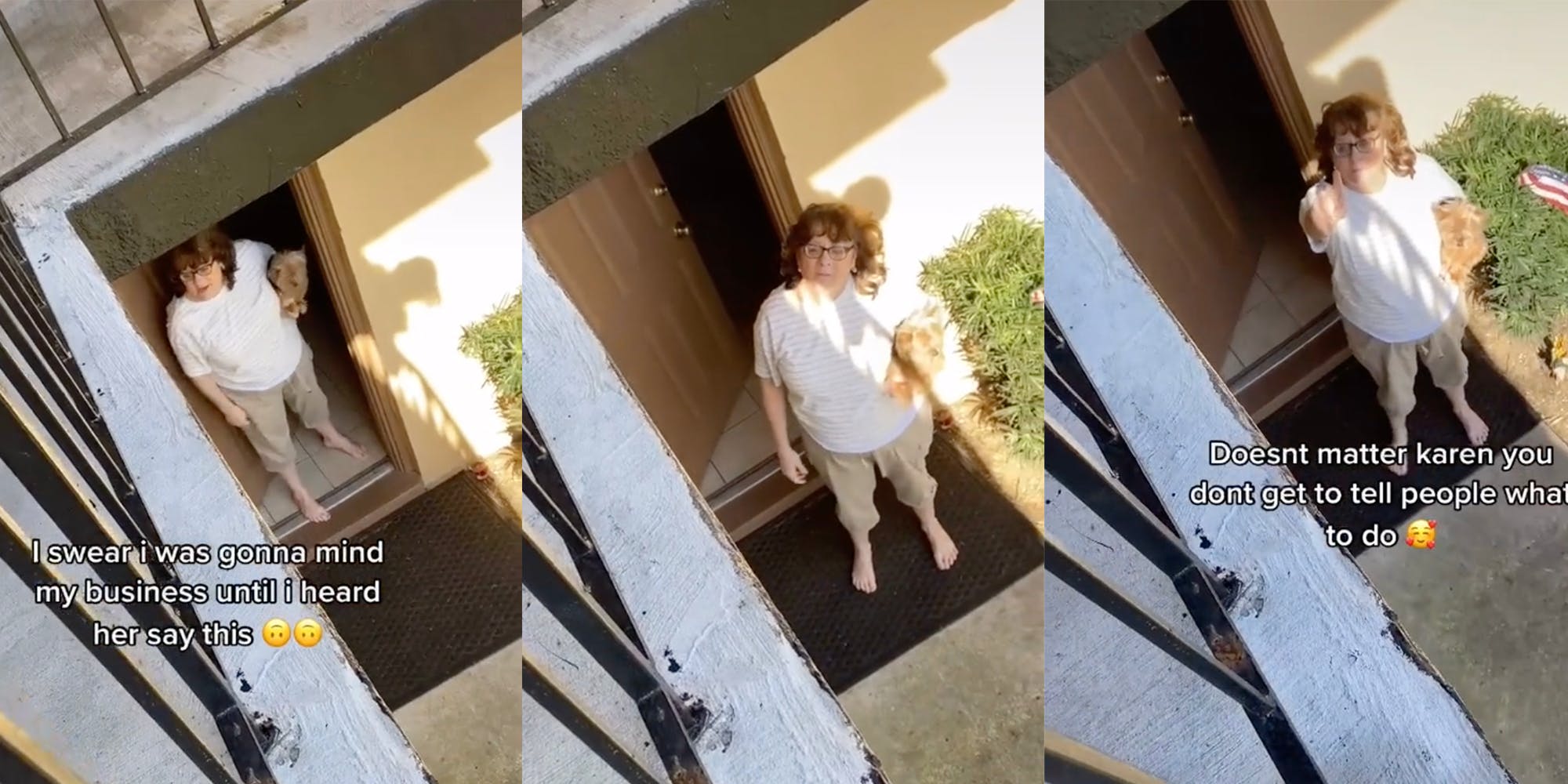 A viral video shows a woman who just moved into her apartment standing up to a so-called “Karen” neighbor who told another resident to “go back to Jamaica.”

“You shouldn’t tell her to go back to a different country,” the 25-year-old TikToker, Katlynn, says to her neighbor. “That’s racist.”

Katlynn, @imtoostreetsmart on TikTok, filmed an altercation between two neighbors from the doorway of her second-floor apartment.

“Go back to Jamaica where you came from,” a woman holding a dog says to another resident who’s out of frame. “Where you come from?” the second neighbor says.

After Katlynn repeatedly tells the neighbor she is being racist, the woman tells her to mind her own business. “You just moved in,” the woman says. “You don’t know what the hell you’re talking about.”

“She is a racist,” the other neighbor says.

“’You sound kind of racist, and it’s annoying,” Katlynn tells the woman holding a dog.

After Katlynn says that the womans’ actions are disturbing her, the woman, who had been carrying a Yorkshire terrier, throws the dog inside her apartment and motions for Katlynn to come downstairs.

“I’ll literally have your ass all over this yard,” Katlynn says in response. “You don’t wanna try me with that.”

The comments of the video are filled with support from viewers praising her for standing up for the other neighbor and calling the confronted woman a “Karen.”

“I am Jamaican,” user @mrsklin said. “Thank you for standing up for our sister.” 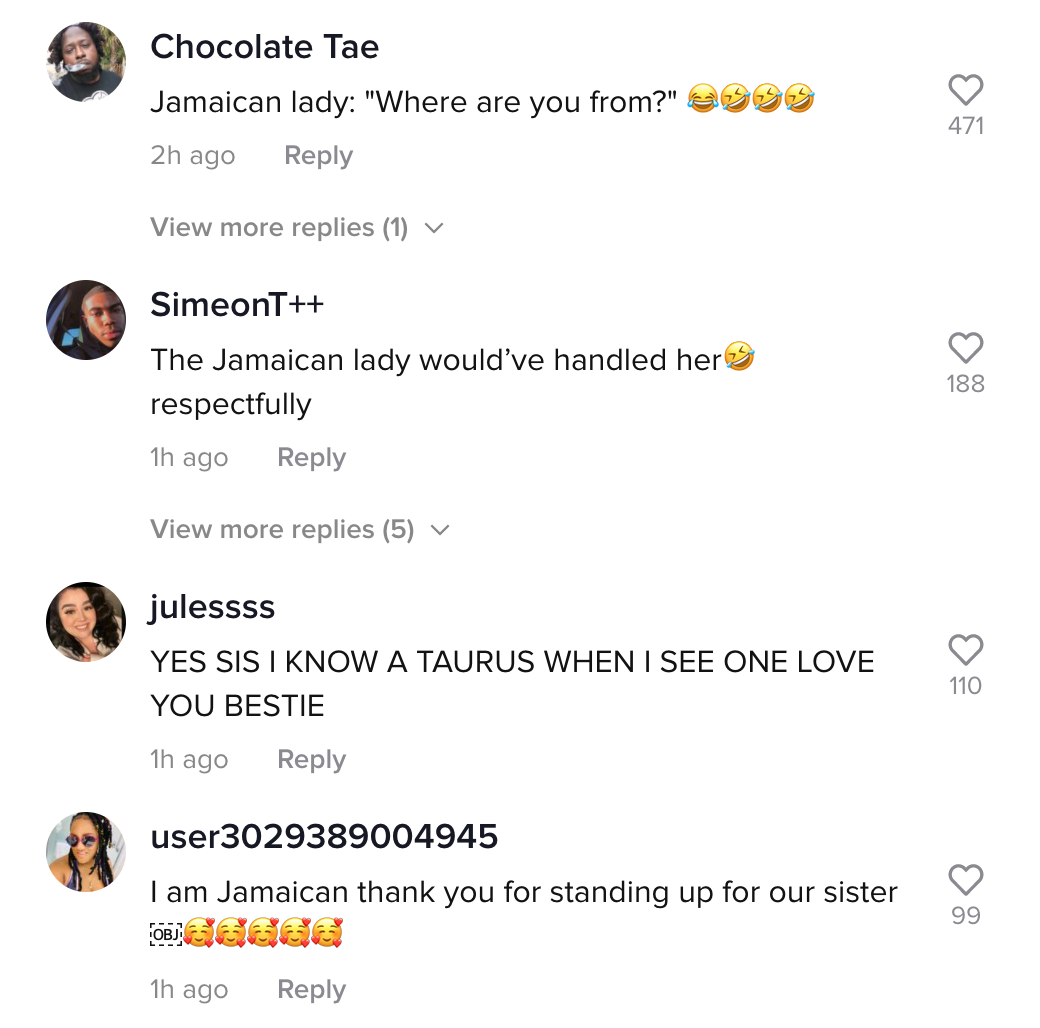 The other comments commented on how the neighbor appeared to consider throwing her dog at Katlynn.

“She was about to throw the dog,” one user commented. Another used the hashtag #protectpetsfromkarens. 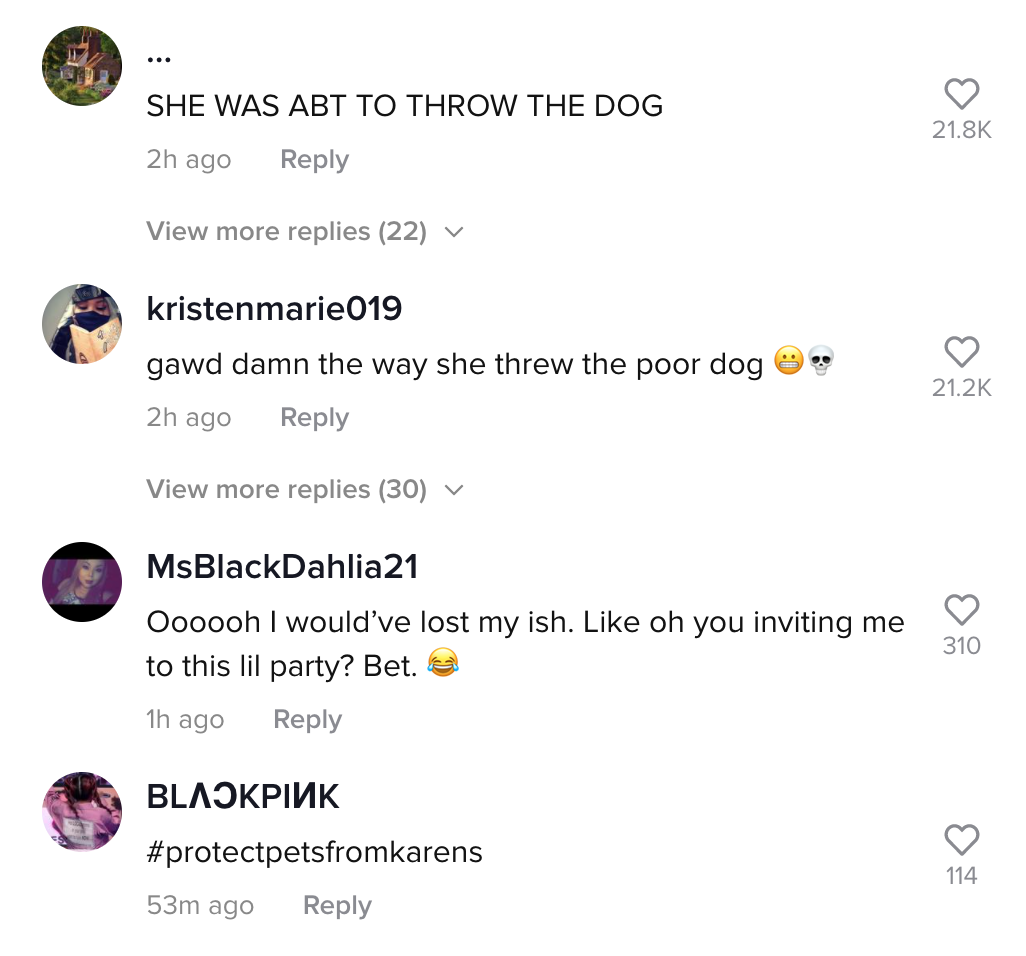 The video has reached almost 1 million views and more than 250,000 likes. In a followup video, Katlynn explains she didn’t expect the video to blow up and says she will provide context later on why the neighbors were fighting and what escalated the argument after she finishes packing.

“I just hope this is a learning lesson to everybody that sees that video that it’s literally decent human kindness to see something wrong and speak up and use your voice and say something,” Katlynn says.

Although Katlynn was appreciative of the praise she received for speaking out, she said she wants to see more people doing what she feels is the bare minimum, especially toward people who paint themselves as a victim.

“We should be speaking up because it makes the next person scared to act like that again,” Katlynn says.

Katlynn did not immediately respond to the Daily Dot’s request for comment.

The post ‘You sound kind of racist, and it’s annoying’: TikToker tells off ‘Karen’ neighbor appeared first on The Daily Dot.

2021-04-06
Previous Post: Stunning and brave: Reporter shares epic recounting of his return to a movie theater after a year of lockdown
Next Post: Serial plagiarist Joe Biden takes credit for ‘[turning] around a slow-moving vaccination program into being the envy of the world’ [video]