‘You son of a b*tch’: ‘Karen’ yells at Dunkin’ employee for handing her change too early 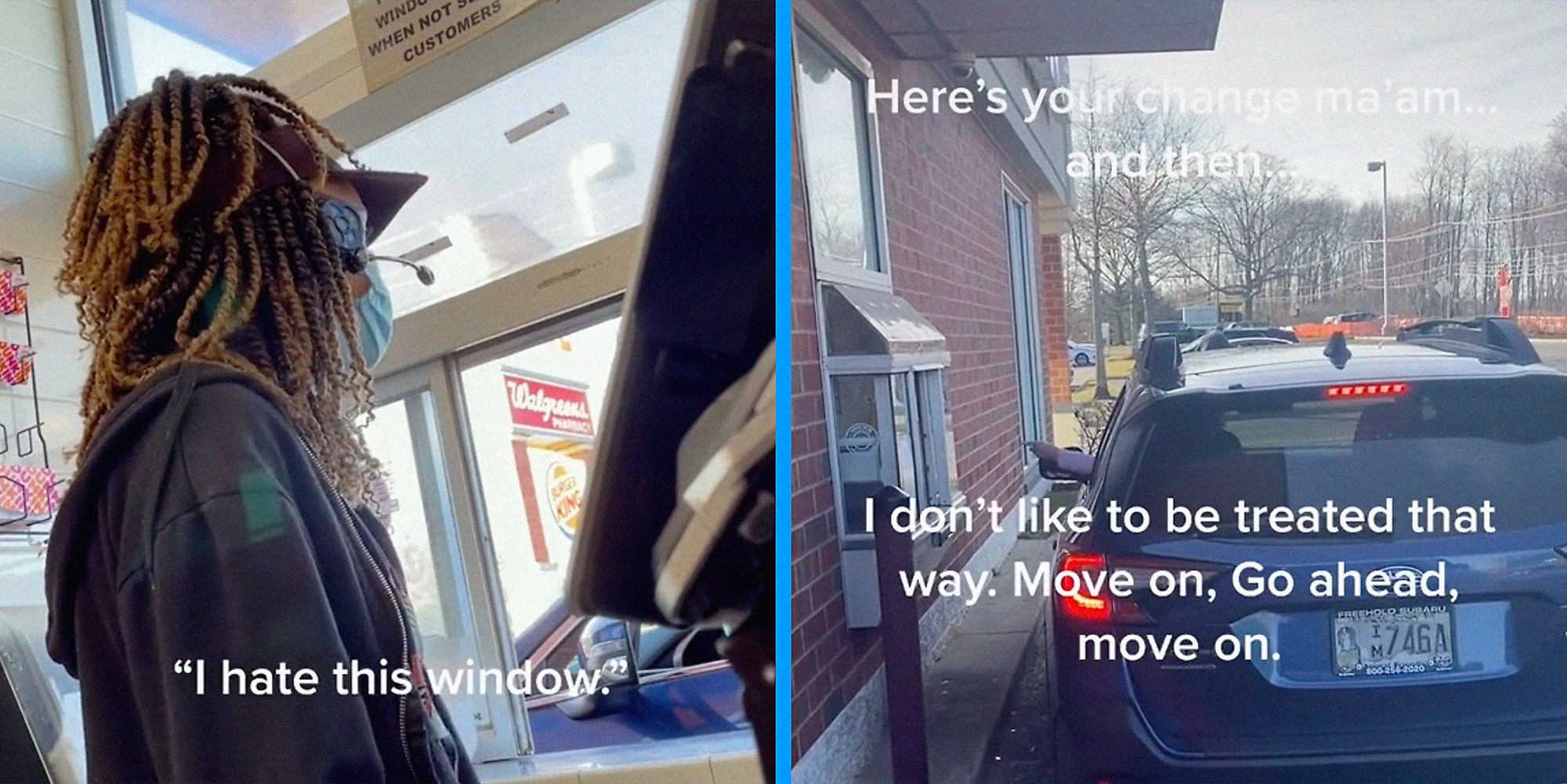 A video has surfaced showing a woman, now dubbed a “Karen,” yelling and hurling insults at a Dunkin’ employee in a drive-thru, allegedly over 6 cents. The TikTok user who shared the video says the coffee chain customer was upset because she was given change “too quickly.”

In one video titled “Part 1,” the woman is yells loudly at an employee through a drive-thru window. The incident is being recorded from the car behind her.

“He’s telling me what I want, he doesn’t like the fact that I needed 6 cents,” the woman yells from her car. “He gave me a bunch of change.”

She then repeats what the barista apparently told her: to “move on.” The employee appears to be asking the woman to leave so that customers in line behind her can receive her orders.

Someone from inside the store says “wow” in surprise.

“That’s right,” the woman continues. “I don’t like to be treated that way.”

“Move on, move on,” she says. “You’re a manager? You should be the head of the pest control.”

“You are nasty,” she adds before driving away.

Another video titled “Part 2” shows the scene from inside the store. An employee is serving another customer when the “Karen” interrupts her.

The woman yells, “Are you watching her?”

From behind the camera inside the store, a man fires back, “I’m watching you.”

The woman says, “You’re watching me because you’re thinking—”

“Thank you, have a nice day,” the employee says to the other customer while the woman complains that she was “cut off.”

The window then closes on its own—and inadvertently becomes the “star” of the situation, according to many viewers.

“The window is a paid actor,” wrote one user in the comment.

“Lmaooo the way the window cut her off too,” commented another.

Many ridiculed the woman for expecting “five star restaurant” treatment at a drive-thru.

“I mean it’s fast food and it’s a drive thru…… what did she expect,” one user wrote.

It’s not clear where the incident took place, but the Instagram bio of TikTok user @senorsousa says they’re based in New Jersey. The Daily Dot has reached out to the user and will update this report if they respond.

The post ‘You son of a b*tch’: ‘Karen’ yells at Dunkin’ employee for handing her change too early appeared first on The Daily Dot.

2021-03-26
Previous Post: Nation writer is very anxious about the prospect of the pandemic ending and no longer being ‘able to limit [his] exposure to’ white people
Next Post: ‘You are violating HIPAA’: Anti-masker films her own grocery store tirade