‘You are violating HIPAA’: Anti-masker films her own grocery store tirade 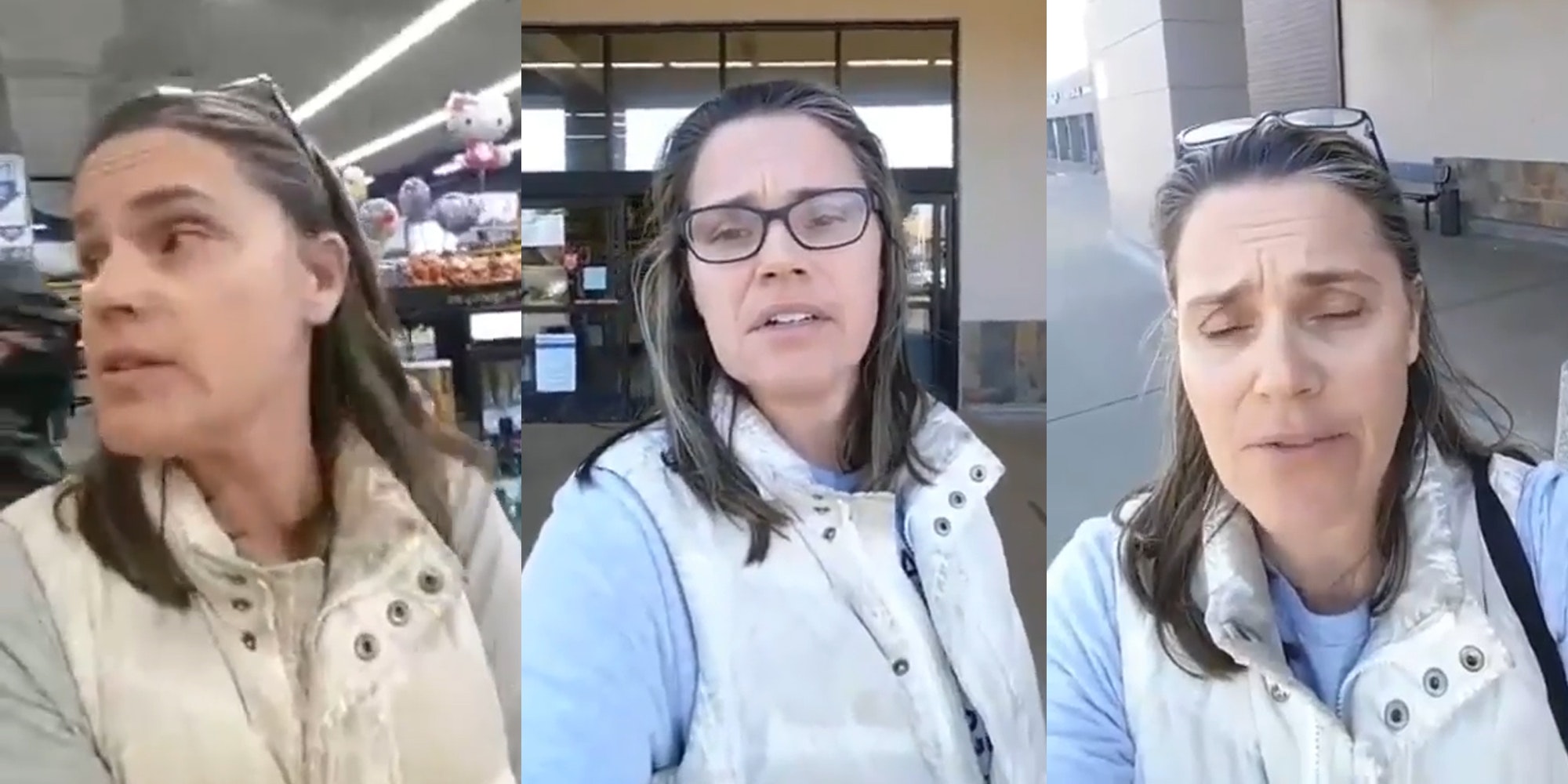 A viral video shows an anti-masker taunting a grocery store cashier who’s trying to ring up her items. It’s not the first time the anti-mask woman has recorded herself harassing frontline workers in California stores.

The user also identified the anti-masker in the video as Andrea Hedstrom, an activist who named her son after California Gov. Gavin Newsom and then led an ill-fated charge to have him recalled. Hedstrom also filmed herself during an anti-mask tirade at a FoodMaxx location.

In the video, Hedstrom appears to be standing at a cash register waiting to be checked out. Another customer appears to yell at her to leave the store because she’s not wearing a mask. Hedstrom tells other customers that the cashier isn’t ringing her up and “tried to call the police.”

Entitled anti-masker in California taunts a frontline worker trying to do her job pic.twitter.com/4udwS6le2S

“By all means, do it,” Hedstrom says during what appears to be a Facebook live stream. “Do it. I have a medical exemption. I am protected by ADA and HIPAA. I have always shopped without a mask.”

She looks unbothered that the cashier has apparently called the police. After the employee doesn’t seem to be moved to ring her up, he says she’s “never going to shop” at the store again and that she’s going to talk to corporate.

“Unbelievable. You are violating HIPAA, which is what you’re doing,” she says, referring to the law that protects patients’ data from being shared without their knowledge or permission. It’s a common—and faulty—argument used by anti-maskers.

The cashier asks Hedstrom if she has paperwork for her exemption, but Hedstrom says the question itself is “a violation of HIPAA.” But the cashier isn’t asking about her medical history, nor is the cashier a medical professional.

Andrea Hedstrom is a danger to everyone around her, so if you're in the Sacramento County area and you see her, avoid her at all costs. With these new variants going around, just call the police & wait. pic.twitter.com/ljPAOsvTpc

“I will never shop here again,” Hedstrom continues. “I will tell my friends to avoid [the store].”

The cashier eventually starts ringing up Hedstrom’s items, but that doesn’t fully appease her. “You’re going to go viral,” she snaps at the cashier.

“Be sure to keep that nose covered,” she says before the end of the video.

The post ‘You are violating HIPAA’: Anti-masker films her own grocery store tirade appeared first on The Daily Dot.

2021-03-26
Previous Post: ‘You son of a b*tch’: ‘Karen’ yells at Dunkin’ employee for handing her change too early
Next Post: Jen Psaki ‘not familiar with that claim’ about Hunter Biden that ‘doesn’t sound like it’s backed up with a lot of evidence’