‘Where are you really from?’: Gentrification Karen blocks off New Orleans street for permit-less party, gets called out by Black neighbor

By: support
In: Uncategorized
Tagged: irl, karens, race
With: 0 Comments
Spread the love 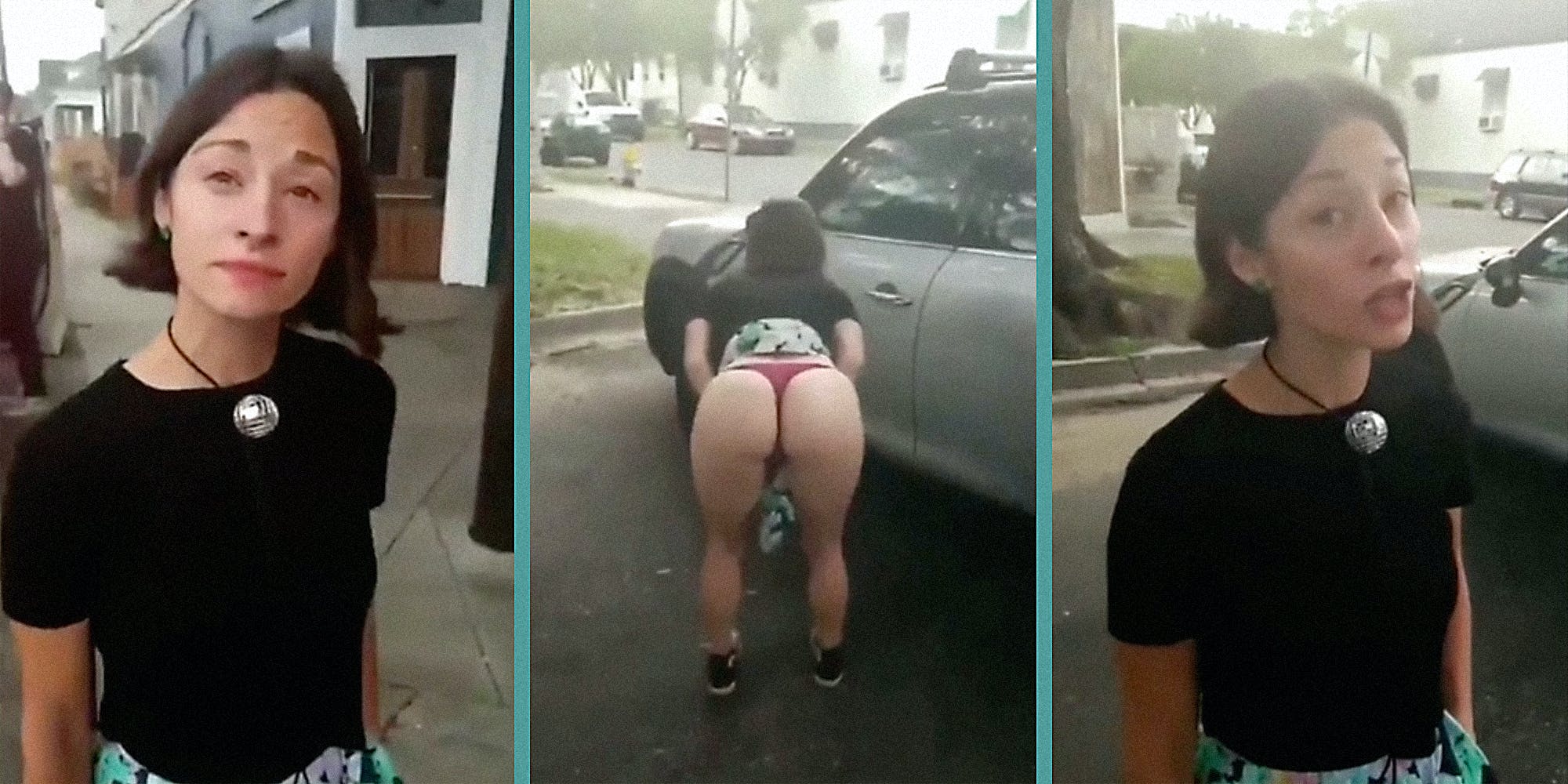 A recent viral video shows a Black man calling out a gentrification Karen for, he says, blocking off a whole street in New Orleans for a permit-less party.

The video is a microcosm of the city’s ongoing gentrification and white privilege.

“Why weren’t we notified that you were going to shut our street down? I pay more property tax than anyone,” the man, identified as New Orleans activist Stephan Cole, asks in his original Instagram version of the clip. It has accumulated 150,000-plus viewers since the weekend.

Subsequently posted by u/habichuelacondulce onto Reddit’s popular r/PublicFreakout page, it shows Cole talking to a white woman. He’s filming her as they walk near Dorgenois Street in New Orleans’ Seventh Ward. She’s trying (unsuccessfully) to bribe him with food.

He adds: “Where are you from? How long you been here? Oh, you can come fucking shut my street down and don’t tell me you’re having a party or nothing?”

To that, gentrification Karen says: “This is my home.”

Woman blocked an entire street off in New Orleans for a party. No permit or nothing…she tried to patronize this black guy and he started video taping her.. from PublicFreakout

“This street ain’t your home; where are you from?” Cole adamantly asks. “You’re not from this street. I live in my great-grandmother’s house. You a fucking lie. Where are you really from? If you wanted to talk to me, talk to me.”

Gentrification Karen continues to push the notion that he should just come and have a good time, but he’s trying to establish that she’s a cultural guest and a gentrifier.

“Be real with me if you really wanna hang with me,” Cole explains. “Where are you from?”

She finally admits she’s from Arkansas.

Cole asks her why residents weren’t notified that she would be shutting the street down for her event and says that “elderly neighbors are calling me talking about ‘I can’t get through.'”

But then, it devolves, as Cole decides to name-call her a “bitch” and a “hoe” for her gentrifying ways. And it’s clear he’s had enough as he concludes that she’s patronizing him.

Cole tells other guests of the block party, who are shocked at the unwelcoming reception and language: “This is my fucking neighborhood!”

Later, as the gentrification Karen comes back storming by, Cole informs her: “Get a fucking permit. You don’t got no fucking white privilege here, Arkansas bitch.”

Then, the gentrification Karen lifts her colorful skirt and waves her bare behind in the man’s face.

She likewise admits that she didn’t want her “kids to get run over” and then moves her Mini Cooper, which had been blocking the intersection.

Cole winds up in another argument with an older woman, dressed formally like she’s headed to the Kentucky Derby. They exchange unpleasantries until he puts her on a poster by calling the woman a “plantation Miss Daisy.”

Later in the video, gentrification Karen’s guests, almost all white, are lounging on the curb or are sitting in lawn chairs in the middle of the street. There’s an apparent white man dressed up in Native American garb and make-up. Cole passes another white man in a leather vest.

When a New Orleans police officer rolls up, Cole details his side of events and tells the officer, who clearly would rather be doing anything else, that he wants gentrification Karen “cited.” In a follow-up video, the officer directs Cole to the city department needed to request a citation, and they part amicably.

In a follow-up Instagram video on Wednesday, Cole says that he spoke to a “very cool white dude” who attended the party and, Cole says, “understands why we’re upset.”

The post ‘Where are you really from?’: Gentrification Karen blocks off New Orleans street for permit-less party, gets called out by Black neighbor appeared first on The Daily Dot.

2021-05-07
Previous Post: 25 Side-By-Side Pics Of Movie Villains And Heroes That Were Played By The Same Actors
Next Post: New Pokémon Snap’s Main Legendary Pokémon Is a Surprising Choice