What is the TVA, the Time Variance Authority in Marvel’s ‘Loki’?

By: support
In: Uncategorized
Tagged: loki, marvel
With: 0 Comments
Spread the love 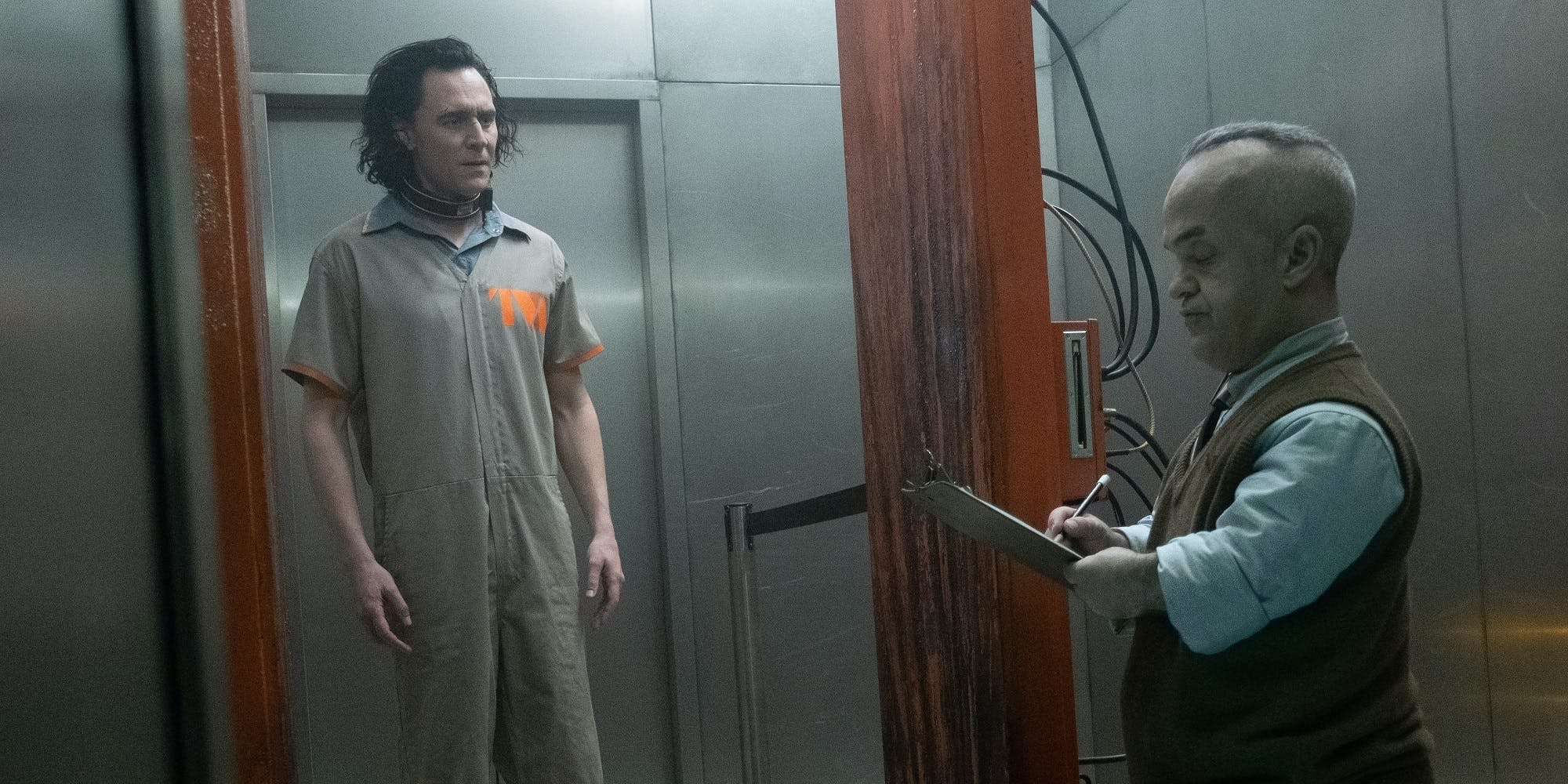 As with other MCU spinoffs, Loki draws extensively from Marvel Comics canon. Episode 1 introduces the Time Variance Authority (TVA), an organization that will clearly have a central role in the the story. But what is the TVA, and how does Loki’s version relate to the TVA of the comics? (This post includes some minor spoilers for Loki episode 1.)

The TVA is a kind of quasi-governmental agency that exists outside of space and time, policing dangerous “varients” in the multiverse’s timelines. In turn, they’re governed by three mysterious and powerful beings known as the Time-Keepers. It’s a kind of meta-commentary on Marvel comics continuity, which is famously elaborate and difficult to untangle. The comics involve a sprawling multiverse of rebooted and overlapping universes, whereas until recently, the MCU had a straightforward single-strand timeline. So there was simply no reason for the TVA to show up in the MCU before now. 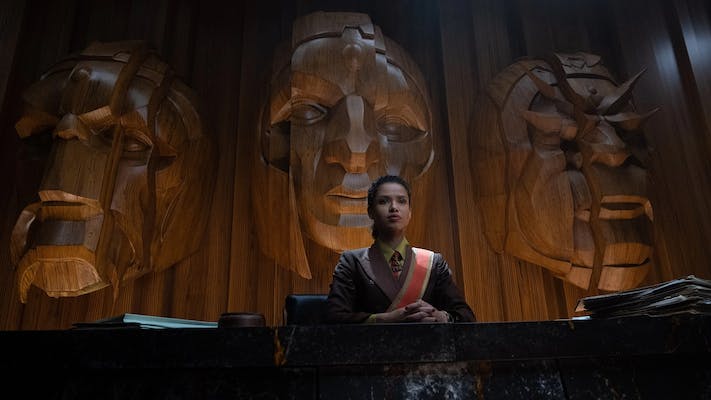 Loki’s TVA has a vaguely 1960s aesthetic, with Loki arriving at an office full of investigators, researchers and field agents. Gugu Mbatha-Raw is the boss (who isn’t initially named on-screen, but is a version of Marvel’s Ravonna Renslayer), while Owen Wilson plays the senior agent Mobius, another obscure figure from the comics.

The TVA’s role in Marvel Comics

The TVA made its first appearance in |199208d09646ad6aafae8f27cd68f9ea| (1986), in a storyline where a time agent from the future, Justice Peace, is sent back to the present day to arrest a villain named Zaniac. After encountering Thor, he explains the intricacies of preserving the timeline: 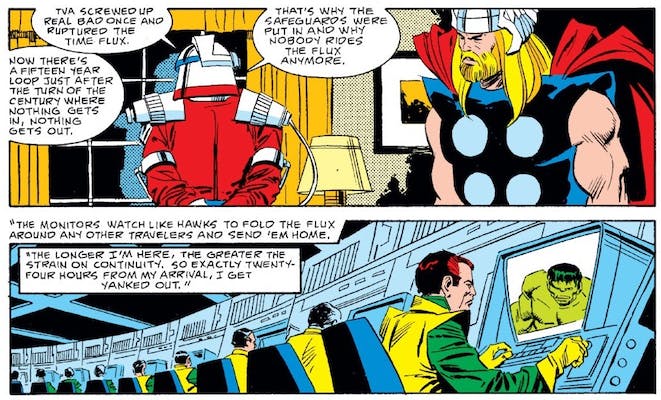 Marvel continuity is riddled with time-travel incidents, but the TVA don’t always show up. For example, they’re not as narratively important as SHIELD, which has a major presence across numerous comics. But when the TVA does appear, it’s generally to pass judgement on Marvel heroes who try to change the timeline—which is what happens in Loki. A couple of TVA storylines literally revolve around court cases: She-Hulk is put on trial for crimes against the spacetime continuum in 2005’s She-Hulk series, and the Fantastic Four get in trouble with TVA agents after Mr Fantastic uses a time-travel device. That’s where Owen Wilson’s character Mobius made his debut.

Who are Mobius and Ravonna Renslayer?

In the comics, the TVA is depicted as an endless sea of floating desks manned by rules-obsessed bureaucrats, most of whom (including Mobius) are identical clones. Their moustachio’d appearance was inspired by Marvel writer and editor Mark Gruenwald, an expert on Marvel canon. 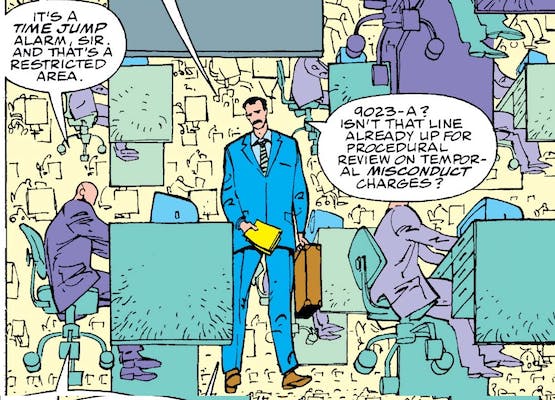 Mobius is a very minor figure in Marvel lore, and doesn’t encounter Loki in the comics. Meanwhile Ravonna, Renslayer (Gugu Mbatha-Raw’s character, who appears as the judge for Loki’s trial in episode 1) is a more established character… but isn’t traditionally portrayed as a TVA agent.

Ravonna arrived in 1965’s Avengers #23, one of many characters co-created by Stan Lee and Don Heck. Portrayed as a garishly-dressed fantasy princess, she appears in a couple of Avengers storylines involving the villain Kang the Conquerer. So it seems like Marvel gave the character a full reboot for the MCU. Loki’s Ravonna Renslayer is less “space princess” and more “director of the FBI.” 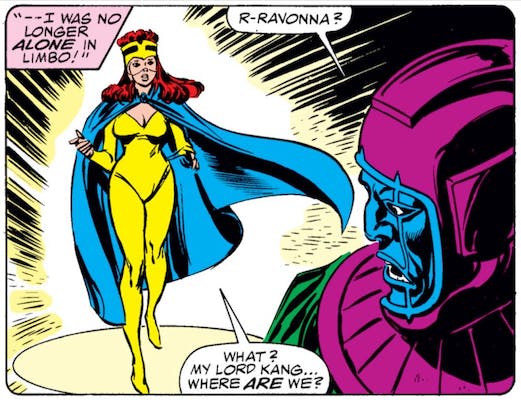 In the context of Loki, the TVA serves two purposes. It provides a familiar crime drama framework for the show’s main plot, and it introduces the idea of a multiverse with clashing and overlapping timelines—something that comics fans know all about, but is a relatively new concept for a cinematic franchise.

The post What is the TVA, the Time Variance Authority in Marvel’s ‘Loki’? appeared first on The Daily Dot.