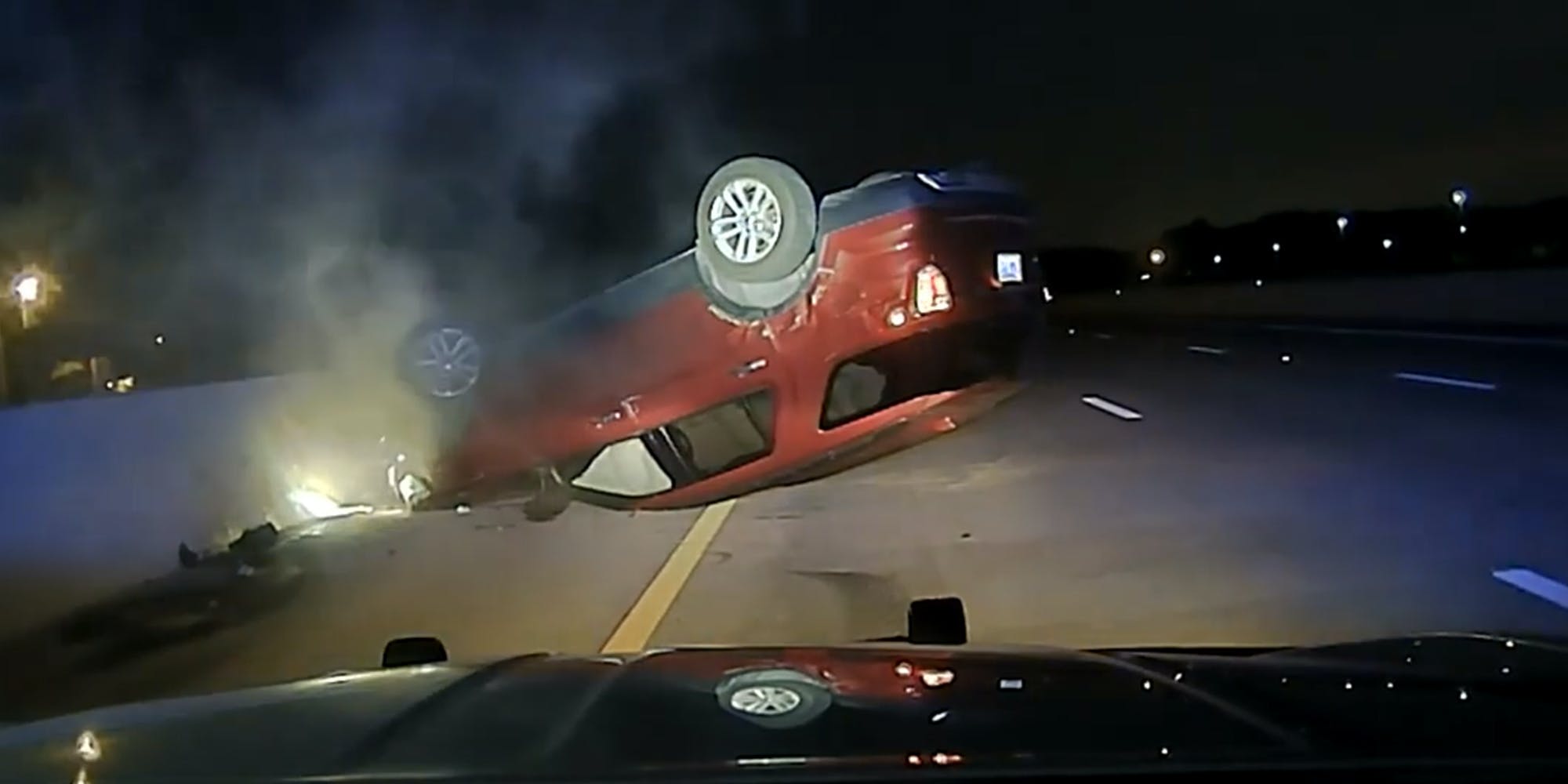 A video trending on Twitter and Reddit has resurfaced showing an Arkansas State Police trooper using a “PIT maneuver” to stop a pregnant woman’s car on the interstate, causing it to overturn.

According to FOX 16, in July 2020, a pregnant Nicole Harper was on her way home when Senior Cpl. Rodney Dunn caught her speeding on the highway outside Jacksonville, Arkansas.

Dunn claims that once he flashed his lights, she fled; however, Harper says she “was trying to find a safe place to stop on a section of interstate that has a reduced shoulder.” The police dashcam video from Dunn’s patrol car shows Harper trying to negotiate the reduced shoulder by pulling into the right lane, slowing down, and turning on her hazards. Her actions appeared in line with Arkansas state guidance.

Dunn nudged her vehicle, forcing Harper’s car into the concrete median and causing it to flip. Dunn used a PIT maneuver, or Precision Immobilization Technique, that involves deliberately hitting and spinning out cars during chases.

“What was done to Ms. Harper was deadly force,” stated Harper’s lawyer Andrew Norwood to FOX 16. Harper is now suing the Arkansas State Police over the dangerous maneuver. According to the suit, per a KARK report, Dunn measured Harper driving 84 mph in a 70 mph zone.

In the dashcam footage, Dunn can be heard speaking with Harper following the flip:

“Why didn’t you stop?” Dunn asked.

“Because I didn’t feel it was safe,” Harper answered.

Dunn replied, “Well, this is where you ended up.”

Harper later said, “I thought it would be safe to wait until the exit.”

Dunn said, “No, ma’am, you pull over when law enforcement stops you.”

For the idiots who are blaming the woman for not stopping right away, women are often sexually assaulted by cops (or people posing as cops)and are urged to not pull over until they reach a safe, WELL LIT area with witnesses, like a Main Street or gas station.

“There’s a fundamental state law none of us should ever forget. All drivers are required under Arkansas law to safely pull off the roadway and stop when a police officer activates the patrol vehicle emergency lights and siren. The language of the law is crystal clear. Upon the immediate approach of an authorized emergency vehicle displaying the signal to stop, the driver must pull over and stop.”

The Arkansas Attorney General’s Office, which is representing the State Police, told FOX 16 that it could not provide a comment “due to pending litigation.” Harper’s lawyer told KARK that her goal was to ensure “this doesn’t happen to another driver.”