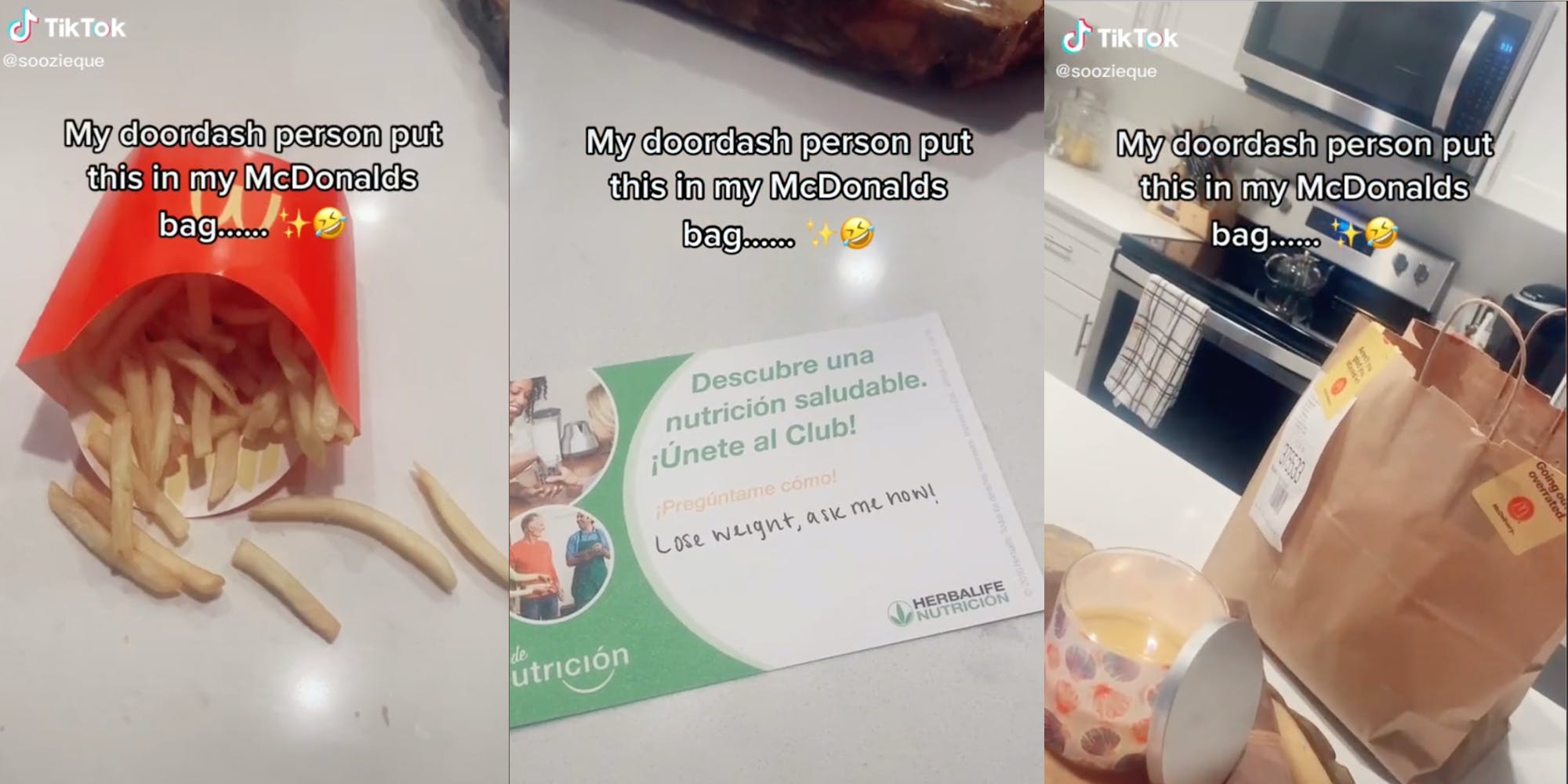 A woman was in disbelief after her McDonald’s delivery order came with an unexpected surprise.

The woman, Suzie, explains in a |69002ea3fd9f613e25a8c235ed20ef22| video how she ordered her food through the delivery app DoorDash so that it would be sent straight to her home. After picking up her dinner, though, she found that her driver slid a note into her bag promoting his side hustle as a weight loss expert for Nutrition Club.

“My DoorDash person put this in my McDonald’s bag,” Suzie says. “Thanks, I guess…”

Encouraging her to “start her transformation today,” the note reads: “Lose weight, ask me how!”

Viewers quickly expressed their outrage, with some suggesting Suzie was being fat-shamed.

“This would make me relapse into my eating disorder,” one wrote. “Wtf!!”

“I would report them for that,” another said.

Others, though, were more sympathetic to the driver and said they didn’t see the harm in him promoting his services.

“People on their hustle flow…some people are so sensitive on everything…I’m sure she’s just trying to sell her products,” one user said.

“I think this person was just trying to give you their business card,” another wrote. “No harm, people are out of work [right now].”

Luckily, Suzie, who simply wanted to enjoy her food, says she wasn’t offended by the inclusion of the card. “No hate here, I was laughing for a while,” she wrote. “I kind of wanted to give him a high five.”

The post ‘This would make me relapse into my eating disorder’: DoorDash driver leaves weight loss note in TikToker’s McDonald’s order, dividing viewers appeared first on The Daily Dot.