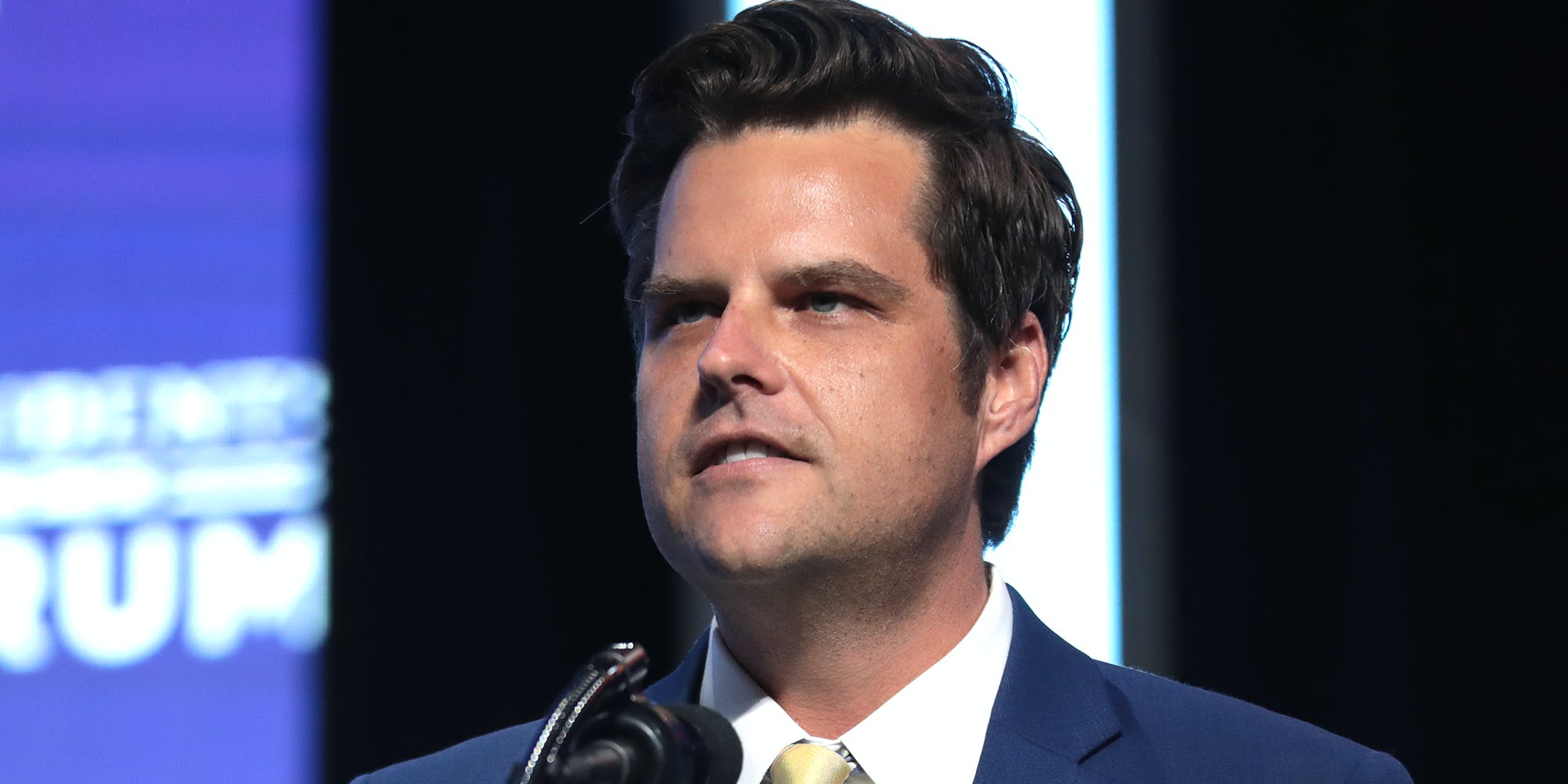 An explosive report from the Daily Beast last night says that Rep. Matt Gaetz’s (R-Fla.) friend Joel Greenberg admitted in a letter that both he and the congressman paid for sex with an underage girl.

The Daily Beast obtained a letter from Greenberg in which Gaetz’s longtime friend, who is reportedly cooperating with prosecutors, admitted to the deeds.

“On more than one occasion, this individual was involved in sexual activities with several of the other girls, the congressman from Florida’s 1st Congressional District and myself,” Greenberg reportedly wrote. “From time to time, gas money or gifts, rent or partial tuition payments were made to several of these girls, including the individual who was not yet 18.”

Greenberg wrote the letter in an attempt to garner a pardon from then-President Donald Trump, as Greenberg was under investigation at the time. He has since been indicted on over 30 charges. According to the Daily Beast, Trump ally Roger Stone was working with Greenberg to help him secure a pardon.

In the letter, Greenberg says Gaetz had sex with an underage girl but believed her to be 19 at the time.

“Immediately I called the congressman and warned him to stay clear of this person and informed him she was underage,” he wrote.

The post Matt Gaetz’s friend says they both paid for sex with minor in new report appeared first on The Daily Dot.