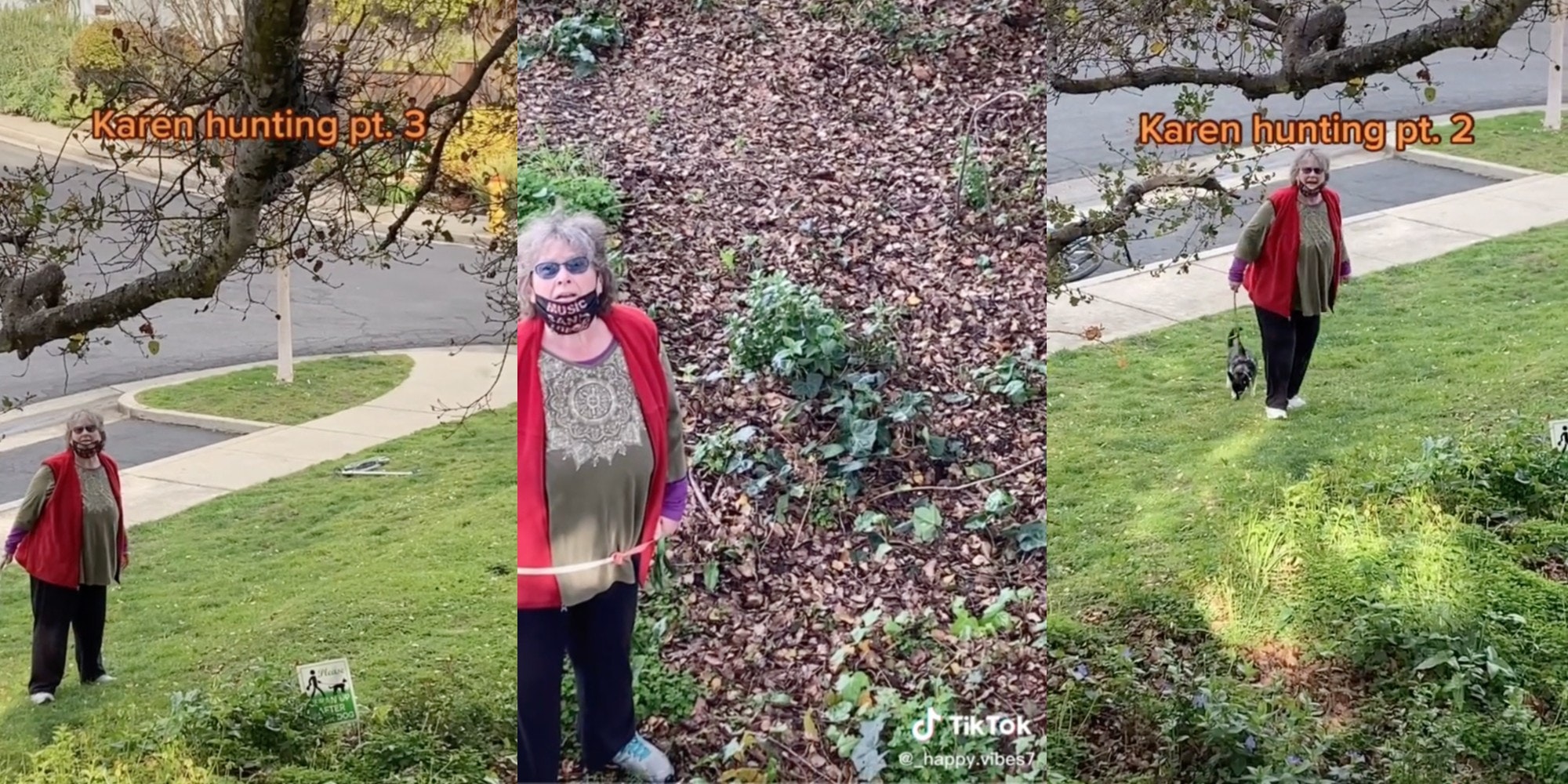 Yet another Karen was recently captured on film throwing a fit, this time at a group of children climbing a tree.

Footage of the incident, uploaded to TikTok on Friday, shows the older woman ordering two young boys to leave a tree in their neighborhood.

After being confronted, the boy filming declines to leave and states that the tree is on his friend’s property.

Undeterred, the Karen argues that the tree is on “nobody’s property” and continues demanding that the boys come down.

“It belongs to this street and this neighborhood, and we don’t want kids on it!” the woman says.

The second boy, whose property the tree is allegedly on, eventually leaves to get his grandfather while the first boy continues filming.

It’s at this point that the Karen comes even closer and begins demanding personal information from the first boy.

“So where do you live? Who’s your parents?” the woman asks.

The boy declines the request and, in turn, asks the woman how she would feel if a random stranger approached one of her children and did the same.

Outraged by the boy’s clever response, the Karen quickly resorts to using profanity at the child.

“You are just a little shit!” she says.

It remains unclear what happened next given that no other videos of the encounter have been uploaded.

But the response to the incident by other TikTok users was overwhelmingly in favor of the young boys.

“Why is the kid being the more responsible and clearheaded one in this situation!?” @laclovisness said. “So proud of this kid.”

Others applauded the kid for not giving the woman his address, repeatedly commenting “stranger danger” in the comments.

The video also made its way to the popular r/ActualPublicFreakouts subreddit, where users likewise praised the young boys.

“Kinda refreshing to see/hear kids playing in trees and not staring at a screen like me,” u/theXsquid said.

The post Karen throws fit over kids climbing tree—and their response is great appeared first on The Daily Dot.

2021-03-17
Previous Post: Gotta be KIDDING me! Byron York BLISTERS Twitter for supposed ‘lock-worthy’ Newt Gingrich tweet they CLAIM was ‘hateful conduct’
Next Post: Thousands of TikTokers have nostalgia for a TV show that never existed