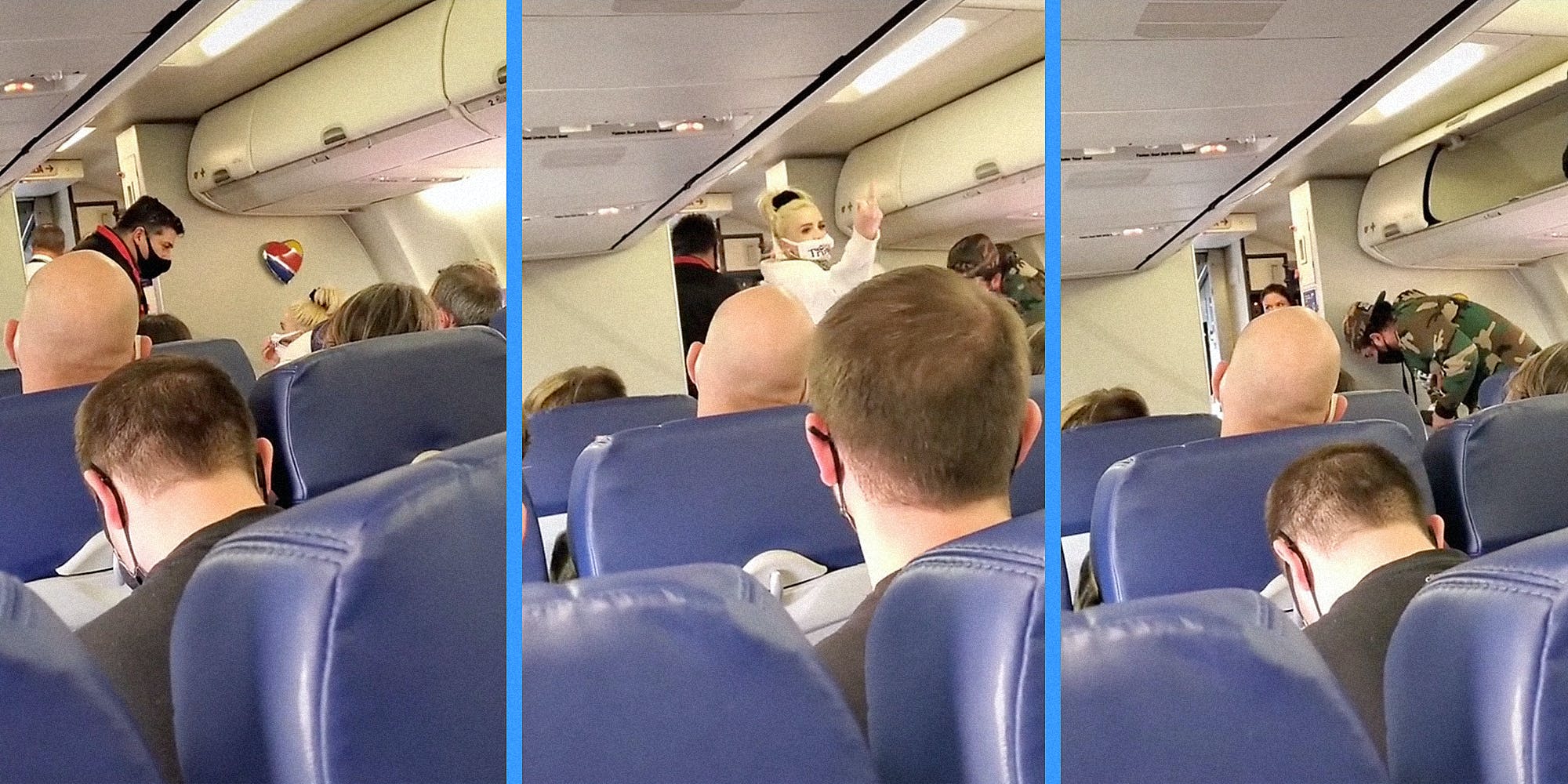 A new TikTok video shows an anti-mask “Karen” getting booted from a |6492fc5c6ac77aadc335b244ea2d9809| flight after refusing to comply with the mask mandate and getting into an argument with the flight crew. Her male companion slinks behind her.

The video begins with the woman and flight attendant arguing back and forth while another passenger says, “She better get off.”

“Why are we having this discussion?” the flight attendant asks.

The video, posted on Tuesday by user @b_edler56, was captioned “#karen” had over 87,900 views on Friday afternoon.

“You are a liar. You’re a liar and you have to live with that,” the woman says.

As the argument draws more attention from the other passengers on the flight, the flight attendants move toward the front of the plane and leave the woman alone to exit the flight.

“Bye! Get off the plane!” passengers yell at the woman.

The woman then stands from her seat, hurriedly grabbing luggage from the overhead bin, and knocking another passenger’s bag to the ground. She turns and flips her middle finger at the other passengers before exiting.

The man she was sitting next to also grabs his belongings and exits the plane quietly while the other passengers yell and laugh at him.

Following the couple’s departure from the aircraft, a female flight attendant dances in the aisle at the front of the plane as the passengers cheer and laugh.

Users on TikTok called the woman a “Karen” and filled the comments with discussion about how the woman’s refusal to wear a mask. Some surmised that her behavior would result in her being banned from flying.

“Enjoy the no fly list Karen,” one user commented.

For others, the video told a story TikTok users know: Two people were more concerned about themselves than protecting those around them in public.

“If you’ve lost a loved one, you get the anger over these sociopaths. It’s murder,” a user wrote.

Some users commented on the convenience that the couple being removed from the flight was seated upfront.

“At least these 2 newest members of the no fly list sat up front. No fly is better than love, cause it’s forever,” one user wrote.

The post ‘I hope you’re single buddy’: Passengers cheer as anti-mask ‘Karen’ gets booted from plane appeared first on The Daily Dot.