‘I don’t get paid enough to be here’: Waitress dealing with anti-mask ‘Karen’ quits on the spot 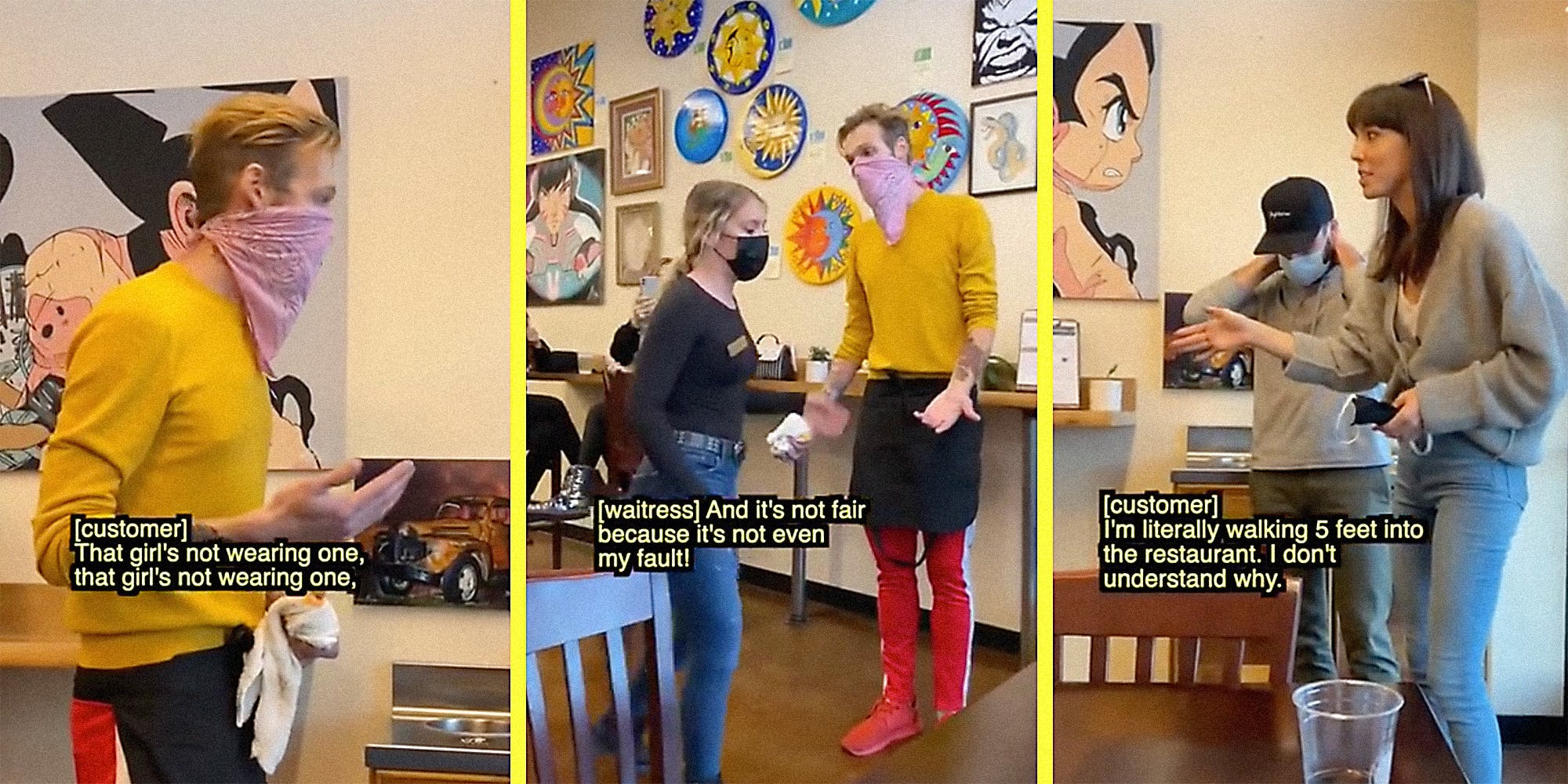 A video that surfaced on Reddit on Monday shows a “Karen” refusing wear a mask for fear of smudging her lipstick. The video’s surprise ending had viewers living vicariously through the waitress.

Deciding that she’s not being paid enough to deal with anti-maskers, the waitress flings off her cap and apron and quits her job on the spot.

In the video, the customer repeatedly insists that because she and her male companion (who is wearing a mask) are only walking five feet into the restaurant, she doesn’t need to wear a mask.

“I don’t understand,” the woman says as the waitress explains that a mask is required to walk inside the restaurant. “I just put my lipstick on.”

The waitress doesn’t budge, however, eventually bringing over her manager as the customer continues to insist she doesn’t need a mask.

As the manager intervenes, the customer says she is “breathing” and that no one’s getting sick. (The coronavirus has an incubation period of two to 14 days, according to the Centers for Disease Control and Prevention.)

The waitress suddenly raises her voice to say, “It’s people like you that make it difficult for having a job.”

“I don’t get paid enough to be here,” she says while ripping off her black apron and cap. “And it’s not fair because it’s not even my fault.”

As she walks heads toward the door, she adds, “I quit. I’m sorry. Thank you, thanks a lot.”

time this happens for real. Just come strolling back in 15 min later and finishing your shift." class="wp-image-976851"/>

After pushing the waitress right over the edge, the customer then pulls a mask from her pocket.

Some redditors commented that the video could have been staged. But many people took the video at face value knowing that many anti-maskers really have thrown fits in public.

The post ‘I don’t get paid enough to be here’: Waitress dealing with anti-mask ‘Karen’ quits on the spot appeared first on The Daily Dot.

2021-04-08
Previous Post: The TODAY show fails to mention that cases in Texas are not climbing while warning of ‘double mutant variant’ after near-capacity Rangers game
Next Post: ‘What a disaster’: Emails between 60 Minutes and Ron DeSantis’ office have CBS dead to rights on gross media malpractice