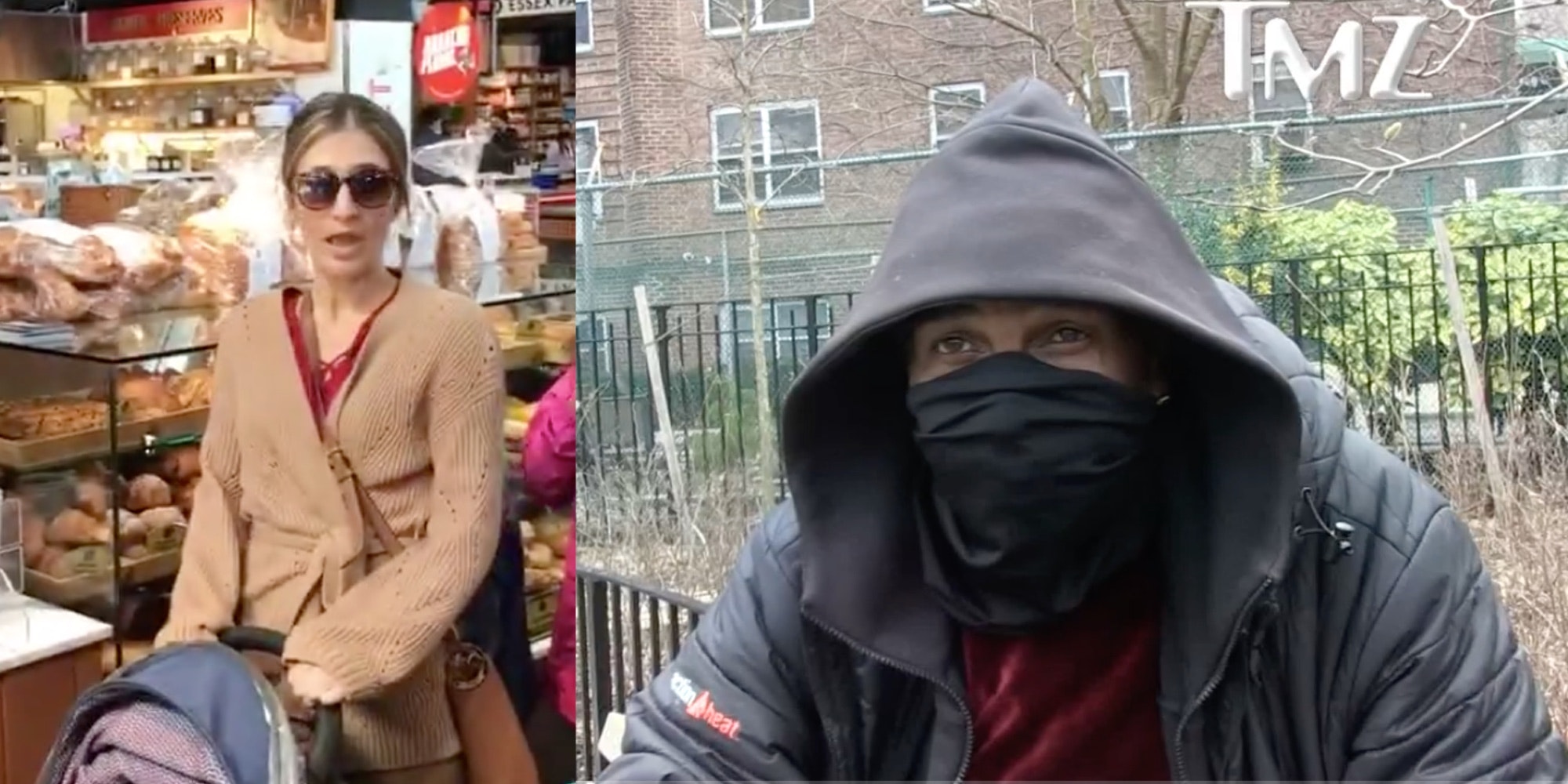 Stephanie Denaro made headlines last week after she was caught on video calling a Black bakery employee the N-word in front of her biracial children. Now, her kids’ father is speaking out.

The initial altercation went down after an employee at Davidovich Bakery in New York City denied service to Denaro because she refused to wear a mask. Rather than step aside or comply with the rules of a private business, she opted to stand there and argue with the employee and security, ultimately calling the former a “bitch-ass [N-word].”

When it caused a clear reaction from people around her, Denaro doubled down, claiming she has the right to call him whatever she wants.

Hurling racist slurs at anyone under any circumstances is unacceptable, but people were particularly horrified at this incident due to Denaro’s four young biracial children being present at the time.

But she apparently thinks that gives her permission to use the N-word, rather than an extra incentive not to do so. In an interview with the Daily News, she defended her actions and added: “All of my children have a Black father. That’s a term I’ve heard them use all my life.”

Her children’s father, Durven Dawes, has made it clear that he does not agree with Denaro’s behavior.

“She’s responsible for her actions and she’s damag[ing] our children by race-spitting poison out of her mouth,” he told TMZ. “I have a problem with everybody using that form of language… Even my own children.”

While Dawes suggested that Denaro get “proper mental care and be monitored effectively” in order to be a better influence on their children, it doesn’t appear that she thinks she’s done anything wrong.

“It’s not my concern what other people think,” she told Fox5 New York. “I’m not apologizing to a mob.”

Denaro also claimed that she didn’t use a slur at all, but rather “called [the employee] a phrase for his behavior.”

The post Black father of ‘Bagel Karen’s’ biracial children speaks out after she called barista the N-word appeared first on The Daily Dot.

2021-03-30
Previous Post: US Special Operations Command welcomes aboard its new chief of diversity and inclusion (who compared Trump to Hitler)
Next Post: Doctors advocate for ‘a proactively antiracist agenda for medicine’ even though offering preferential care based on race may elicit legal challenges