‘19, but 17 if you’re a creep’: Woman claims to be a minor, confronts man who allegedly whistled at her

By: support
In: Uncategorized
Tagged: irl, tiktok
With: 0 Comments
Spread the love 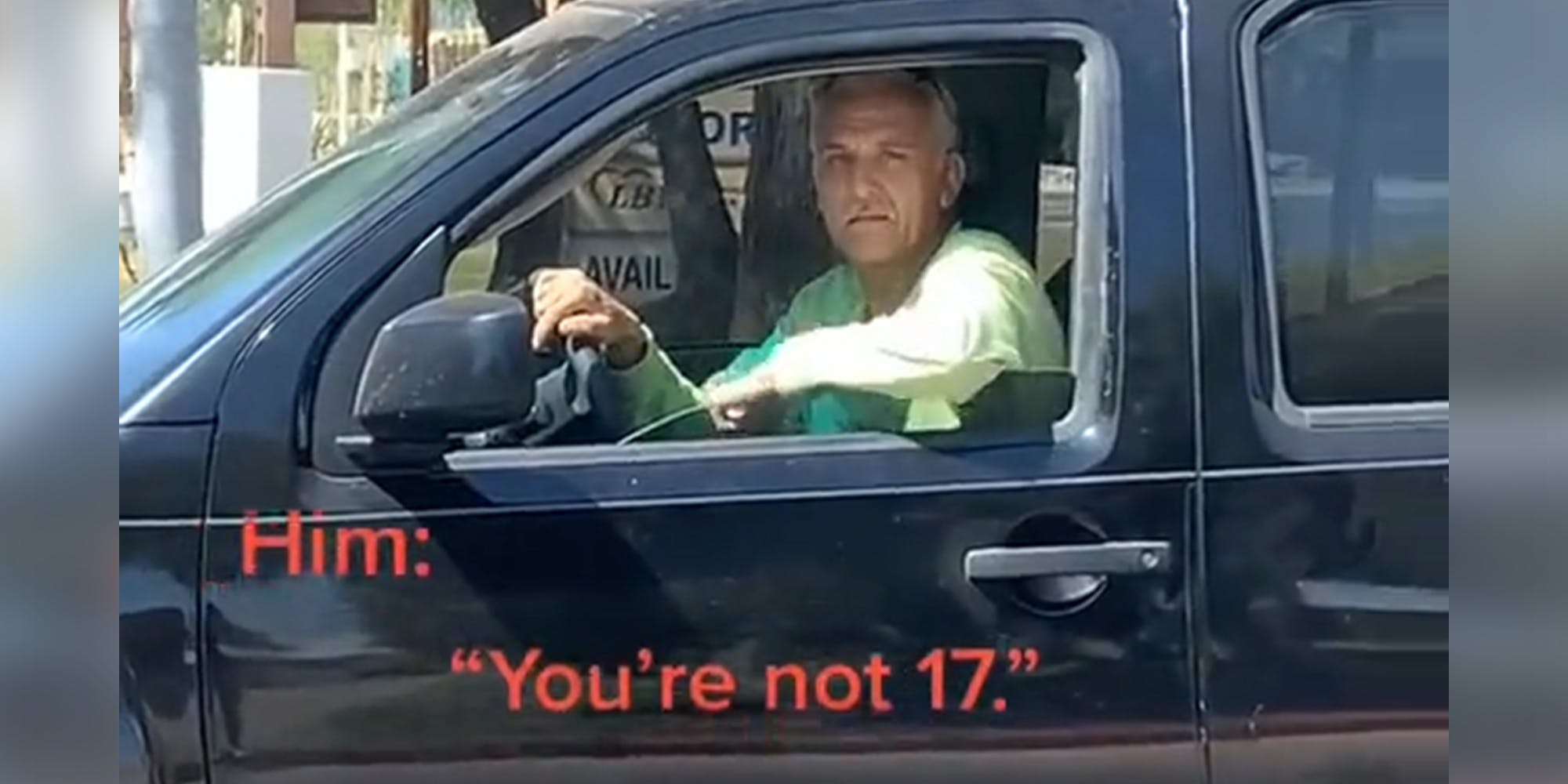 In a viral TikTok video, a young woman lies about her age to protect herself from a significantly older man who allegedly whistled at her. She says she posted the video in hopes of it reaching the man’s family—and it did.

“Is there a reason that you’re whistling at me?” the woman (@fragglemodels) asks in the video. “’Cause you’re fine,” he responds, leaning out his car window to talk to the woman, 19-year-old model Eleanor Martin.

Martin prefaced the interaction with onscreen text urging viewers to “wait until the end for a face reveal in case this is somebody’s dad or husband.” The TikTok, which was posted on May 18 and has almost 2 million views, reached the daughter of the man’s girlfriend, who reached out to Martin to tell her that she sent it to her mom. Martin told the Daily Dot she doesn’t know how his girlfriend responded.

In the video, the man says he pulled into the Tempe, Arizona, parking lot specifically to talk to Martin, who claimed she had to ask him to stop whistling at her three times before she began recording. When he asked why he shouldn’t talk to her, she responded, “Because you’re very old, and you’re completely disrespecting my boundaries.”

Martin asks the man to guess how old she was, and he responds, “Well, you’re of age, aren’t you?” When she tells him she’s 17 years old, the man doesn’t believe her. She pushes back. “Don’t just pull into these parking lots and yell at girls,” Martin said. “You need to stop with this behavior. Bye!”

“I told him that I was 17 to put into perspective that he really doesn’t know (my age),” Martin told the Daily Dot. “The age difference was very noticeably significant. Regardless, it would have been inappropriate if I was his age even.”

Some users in the comments praised her bravery in the situation.

“You’re the change we need in this world,” one user (@equityben) said. “Sending love.”

“WE DON’T OWE MEN ACCESS TO US AT ANYTIME!” another (@hotmessmommma) said.

Others criticized her lying for her own safety. “So you are rly of age and you just found his approach unwanting,” one user (@torontojatt90) commented. “If he was a 22 year old with washboard abs it would’ve been fine?”

Some said the issue was with his actions, not his age. “People in the comments saying she would accept it if he was younger,” one user (@realistichuman23) said. “Idk but as a girl I will never respect someone whistling at me.”

The post ‘19, but 17 if you’re a creep’: Woman claims to be a minor, confronts man who allegedly whistled at her appeared first on The Daily Dot.

2021-06-11
Previous Post: NYT’s Mara Gay says it’s not the own people think it is to troll a black journalist with the American flag
Next Post: Joe Biden updates Air Force personnel on ‘the greatest threat facing America’ (it’s changed since last week)