New Pokémon Snap is out today, and while we’ve gotten some good looks at most of the game’s main characters and a number of its Pokémon, The Pokémon Company has remained rather precious about a major cameo that happens early in the game: the appearance of Todd Snap.

If you’re not familiar with Mr. Snap, he’s the main protagonist from the original Pokémon Snap, who also makes a few appearances in the Pokémon anime and manga. Back in the original Pokémon Snap days, Todd was a goofy kid with a big camera who Professor Oak hired to take photos of wild Pokémon. Over the course of the game, he discovered mysterious “Pokémon Signs” that Professor Oak somehow connected to constellations in the night sky, leading him to send Todd to space (???) to take photos of Mew. 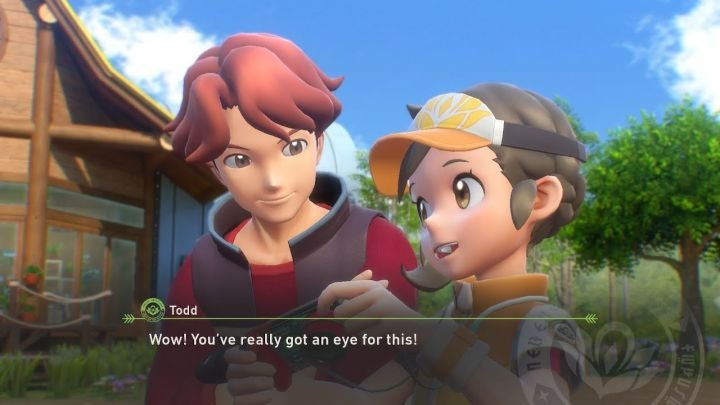 In New Pokémon Snap, those Mew photos have launched a promising career for Todd, and now he’s a world-famous photographer. He’s also an adult now, with marginally better hair and far better fashion sense than he had as a kid in those giant cargo shorts.

Yes, I know it sounds like Todd’s appearance should be a major spoiler, but I promise it’s not. Todd Snap shows up within the first hour or so of New Pokémon Snap and hangs out with you and your photography friends the rest of the game. He mostly shows up in cutscenes alongside Professor Mirror and research assistants Rita and Phil to give you direction and photography tips.

Unfortunately, he doesn’t get much of a plot role despite his apparent success as a photographer. Phil initially seems to treat you as a photography rival vying for Todd’s attention, but this never really plays out in a way that matters. The only other role Todd has during New Pokémon Snap is to offer “Todd’s Tips” on the loading screens to help you take better photos. Oh, and a bit of lore suggests he had a critical role in helping Professor Mirror develop and name the Neo-One vehicle you take photos out of, which makes sense given that it’s just a nicer version of the Zero-One from Pokémon Snap.

Still, it’s genuinely cool that good old Todd Snap is lurking around the Pokémon photography scene and helping uplift the next generation of young photographers. Glad to have you back, Todd. You’re looking good.

New Pokémon Snap is out now on Nintendo Switch, with our review finding it to be a delightful photography adventure that adores the creatures on the other side of the lens, even if some of its progression systems could be a bit clunky at times.

Rebekah Valentine is a news reporter for IGN. You can find her on Twitter @duckvalentine.

2021-05-04
Previous Post: Cartoon shows the difference between ‘equality’ and ‘equity’
Next Post: A journo was kicked out of the Maricopa County audit for tweeting a photo of a former GOP House member reviewing ballots