Twitter Having A Blast With The ‘River Bear’ Trend (Viral Tweets)

Well, well, another day on twitter, another adorable animal goes viral, and you would never expect it to be this one. A bear in a river. That’s right. You hear that ad may not think anything of it, but my gosh, that bear is the cutest bear that we’ve ever seen (and that’s despite the fact that all bears are totally adorable), and we are not even slightly surprised that the internet went crazy over it.

It’s so cute, it inspired endless artists to create adorable versions of the bear themselves, and we felt the need to give them all (and the bear) some love. So, enjoy this adorable fluffball in all of its versions, and have a pawtasitc weekend! 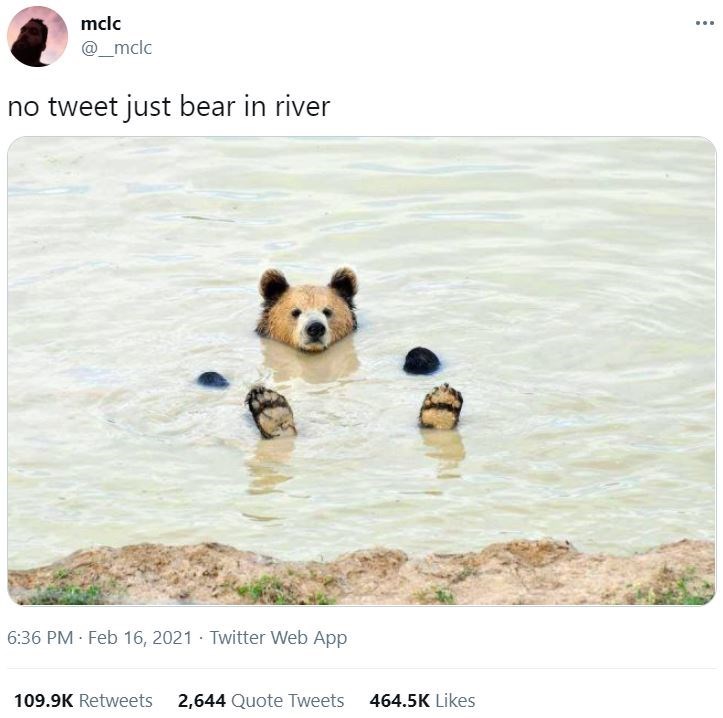 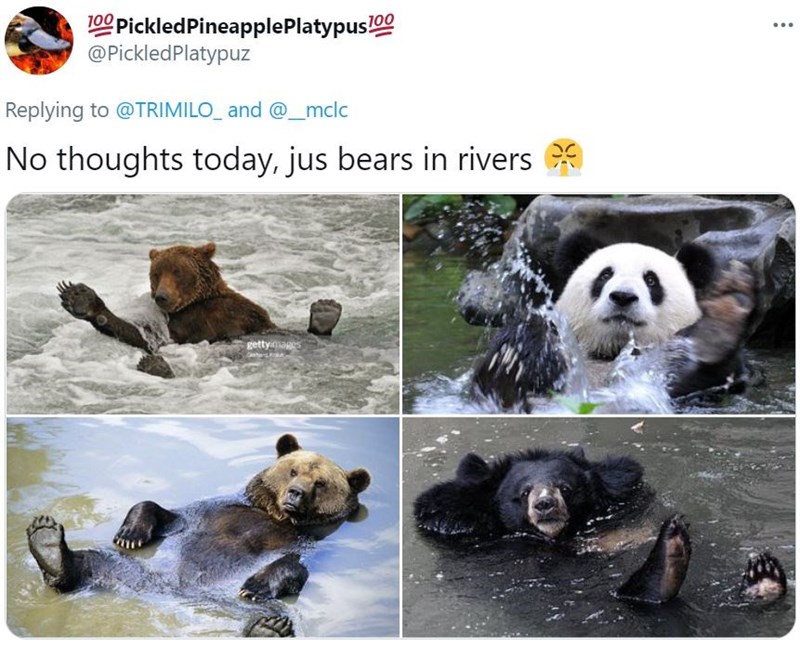 Joining in on this river bear trend cause how could I not? 🥺🐻❤️ pic.twitter.com/mC4GijLGuf

I saw a lot cute art of this lil bear vibing in a river so naturally I had to join in pic.twitter.com/3GnPUzQQBb

river bear is enjoying a nice relaxing bath and you deserve the same 💛 pic.twitter.com/fT4YB1frJ9