Are former couple Kathryn Dennis and Thomas Ravenel actually ready to give things another try?!

It’s a question on our minds after the 28-year-old Southern Charm star shared a shot of herself partying it up alongside her ex at a James Bond-themed event over the weekend.

To say our curiosity was piqued would be an understatement!

The surprising Instagram upload comes months after headline-making drama between the pair, which included the settlement of a nasty custody battle over their children and shocking sexual assault allegations against Thomas from his kids’ former nanny, Dawn Ledwell.

So yeah. This photo (below) certainly came as a shock to us all! Ch-ch-check it out:

“I’m nobody’s Bond girl!,” said Kathryn in the caption of her photo. But judging by the conspicuous decision to stand directly next to Thomas rather than on the other side of the guests pictured with them, we’d say she looks like a certain somebody’s girl again, at the very least!

Luckily for us, a source close to the situation offered more context about the apparent reunion. Speaking to People, the insider dished:

“Thomas and Kathryn have been spending a lot of time together. They’re on really good terms. It started with co-parenting, but it quickly grew into something more. She feels comfortable with him again, and they’ve both kind of tossed aside any other relationships they had for each other. There’s that spark, and they’re letting themselves explore it right now.”

We weren’t even aware Thomas was entertaining anyone after he and his former Bravo co-star Ashley Jacobs ended their year-long relationship last summer. But we guess it doesn’t matter now!

The source continued, cautioning Dennis and Ravenel aren’t in a rush to define their relationship again; however, things are definitely moving in that direction:

“It’s not like they’ve defined their relationship that they’re back together right this second, but that’s very much what’s happening. The thing with them is, this all can change in two days. That’s how they are. It’s always so up and down. Right now it’s up and in a very good place.”

Hmm. Well, here’s one piece of evidence to the contrary!

On Monday morning, Ravenel supposedly denied these dating claims when he replied to a fan’s tweet about the photo:

“No, we’re doing some things together because it makes the kids very happy to see us getting along. And in this matter, our interests are perfectly aligned.” 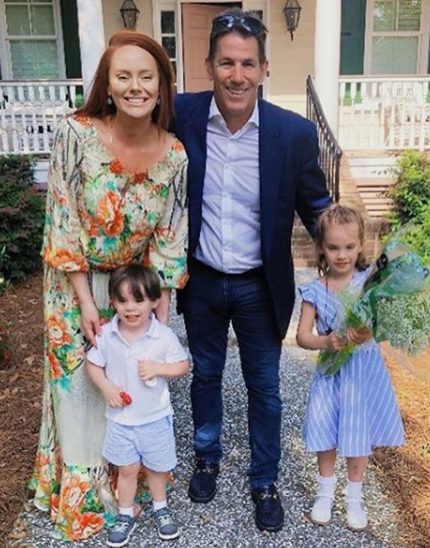 In court documents previously filed by Kathryn amid the pair’s custody battle, she accused her baby daddy of inappropriate, violent, and sexually abusive behavior while also putting his alleged dangerous drug use on blast, too. Not to beat a dead horse but we find it hard to believe it could be so easy to put all of that behind them!

According to the aforementioned People source, though, a reconciliation was almost inevitable!

“They’ve always still loved each other, no matter what they were going through. They have this very magnetic relationship. It’s like they’re drawn to each other. Whenever they’re in a room, the way they look at each other, they’ve always had this crazy love.”

Sadly, it does happen. All too often in fact.

We’ll continue to keep our eyes peeled for more updates! But until then, reactions, Perezcious readers?

Sound OFF with your thoughts in the comments section (below)…