The past is in the past for Selena Gomez!

Two years ago when her relationship with The Weeknd was just getting started, the Lose You To Love Me songstress unfollowed her beau’s ex Bella Hadid on Instagram. As neither lady is supposedly dating the 29-year-old performer now, it seems Miz Gomez is extending an olive branch Bella’s way.

People reported the 27-year-old recently refollowed Miz Hadid on IG, but it has yet to be reciprocated. Ch-ch-check out the proof (below): 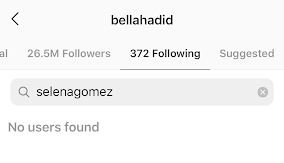 Selena may be feeling the love, but Bella’s not! / (c) Bella Hadid/Instagram 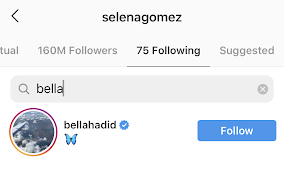 As for the Starboy singer? He’s been inactive on the ‘gram for the time being, but maybe this show of good faith from his exes will inspire him to reemerge on social media!

You’ll recall Gigi Hadid‘s younger sister and the musician, born Abel Tesfaye, were first linked in 2015, but not until their red carpet appearance at the Grammys in February 2016 did we get official confirmation. However, it wasn’t long before things fizzled out and they called it quits in November 2016.

A source spilled to People at the time:

“Their schedules have been too hard to coordinate and he is focusing on finishing and promoting his album. They still have a great deal of love for one another and will remain friends.” 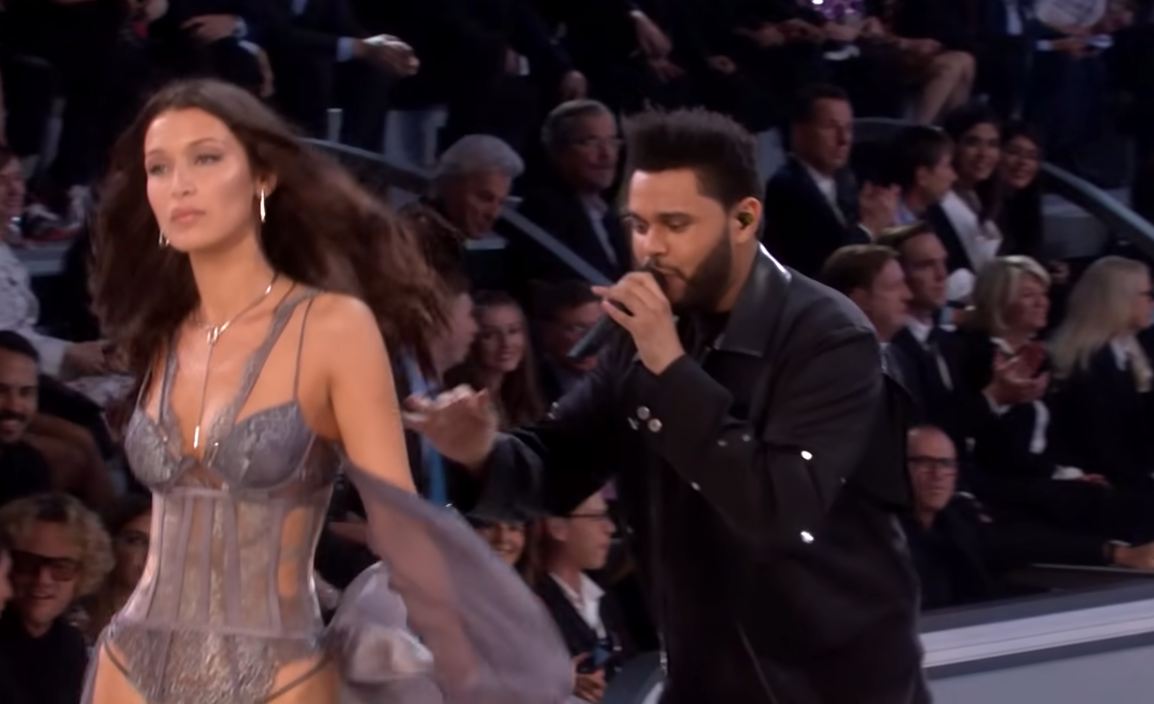 And how could we forget THIS moment?! Bella breezed past her ex in sexy lingerie at the Victoria’s Secret Fashion Show in 2016, just a few weeks after their split. / (c) The Weeknd/YouTube

It was just a few months later when the I Feel It Coming artist and former Disney Channel star were linked, which seemed to cause tension and prompted Gomez’s unfollow of the model on Insta. Eventually, this new couple called it quits in October 2017.

Soon after, both Bella AND Selena rekindled former flames, reuniting with The Weeknd and Justin Bieber, respectively. But of course, we all know things didn’t last too long for Jelena…

Could there be long term hope for the on-again, off-again Bella and Abel? Maybe! After breaking up once more just a few months ago, rumors sparked during the 23-year-old’s birthday celebration in October, though insiders close to the pair insist they’re just pals.

But who knows… other than maybe Selena?!

Her refollow could signal the end for Hadid and her Canadian boy’s romantic relationship for good. Sound OFF (below) in the comments with your thoughts!!