Um, wow. Nicki Minaj just dropped a bootylicious bombshell on the internet and people are losing their minds!

The 37-year-old rapper took to Instagram on Monday and uploaded a video of herself scantily clad, twerking like a champ while her new song Yikes can be heard blaring in the background. We guess Megan Thee Stallion isn’t the only one with strong knees, ha!

Before getting to the main attraction, the Good Form artist teased her sexy surprise video with a post to her IG story. Minaj asked her fans: 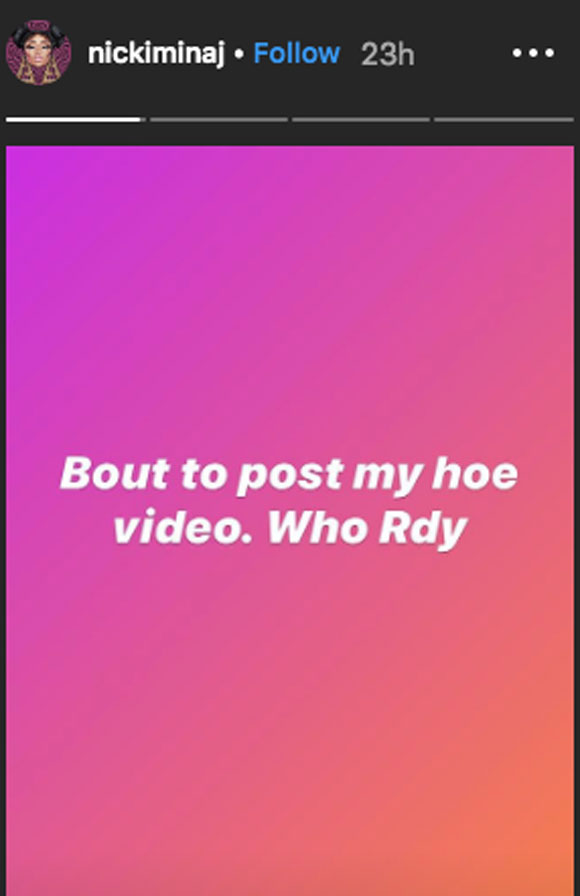 See what all the hype is about and ch-ch-check out the NSFW clip (below):

#Yikes what’s the hype? This is smthn light 🥳🎉

Alongside her video, the starlet made it clear this display of athletic talent was all too easy for her:

As we mentioned earlier, people had some very strong opinions about the twerk session! Keke Palmer was quick to hop in her gal pal’s comments section with words of praise:

And even Real Housewives of New York star Bethenny Frankel chimed in to show her respect, writing:

Meanwhile, some fans actually weren’t feeling it! For example, one user slammed her antics as childish and wrote:

Well, you can’t please them all! Is this type of thing acceptable only when a younger and more culturally relevant entertainer does it? No shade towards artists like Megan but we have to call out the hypocrisy here! 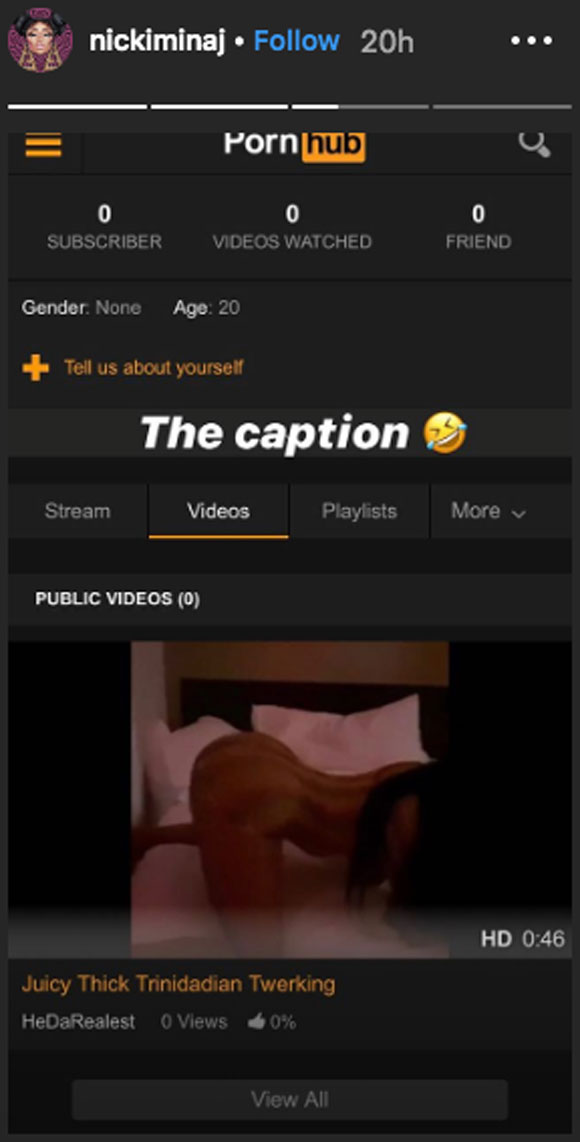 That sure is something, LOLz! She’s also not the first celeb to make it to the adult film site (others have done far worse!) and something tells us she won’t be the last. The post comes days after Minaj opened up about her weight loss journey during an episode of Queen Radio on Apple Music‘s Beats 1. She said:

“I was trying to do this diet and I kept putting it off. I didn’t think I could have the discipline in what I ate. Once my mind was committed to it, my body committed to it.”

We’ll be patiently waiting on that workout and diet routine whenever you feel like sharing, girl!