Liam Hemsworth and Gabriella Brooks are really heating up!

The couple looked very comfortable showing off their new romance in a fresh set of photos published by Australian news outlet New Idea on Sunday, which featured the two sharing kisses on the beach in Byron Bay, Australia. Ooh la la!!

The actor, who turned 30 years old on Monday, wore printed swim trucks while the 21-year-old model rocked a striped bikini for the fun seaside outing. Judging from the pics (HERE), there was no shortage of smiles as they soaked up the sun together! In one PDA-filled shot, Liam can be seen with his right hand on Gabriella’s backside while stepping into the ocean.

Sun’s out, buns out!

This sighting comes nearly a month after the Australian natives sparked dating rumors at that very same location. Liam appeared to introduce Gabriella to his parents, Craig and Leonie Hemsworth, during an afternoon lunch in Byron Bay last month.

We noticed a ton of warmth and familiarity between everyone at the time, but according to an E! News source, things were still relatively new. They described it as a “happy family environment” sans any blatant public displays of affection, noting “the two did go back to Liam’s house after the restaurant.” Things have clearly picked up since then!

Neither Hemsworth or Brooks have publicly commented on the status of their relationship. But if we’re being honest, these recent photos tell us all we need to know right now. Something is obviously blossoming there and we love to see it! 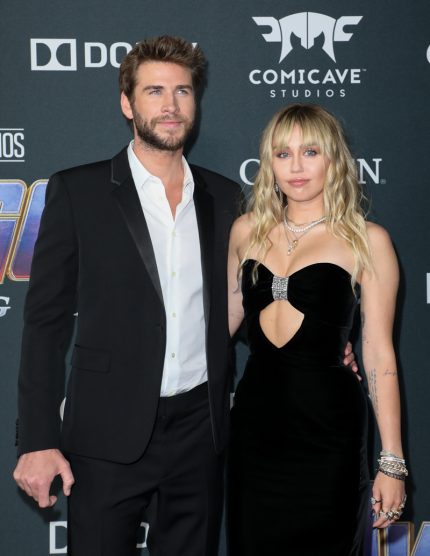 As you’ll likely recall, Chris Hemsworth‘s younger brother was briefly linked to model Maddison Brown before Gabriella came into the picture. The 22-year-old provided a source of comfort for the hunky film star after his decade-long relationship with ex-wife Miley Cyrus came to a crashing halt in August — but apparently they weren’t suited to go the distance!

Considering the fact that Brooks also recently ended a long-term coupling, there’s a strong possibility that she and Liam understand each other better than most right now. For those who may not know, Gabriella dated The 1975 frontman Matthew Healy for four years before they split early last year. Here’s to hoping she and the Killerman star can really lean on each other past the rebound/honeymoon stage and find lasting happiness!

What do U think about all of this, Perezcious readers? Liam appears to be so happy so we have to ask, are U on #TeamGabriella and rooting for this romance to last? Let us know by sounding OFF in the comments (below)!