We know animals are pure and all things they do are pretty heckin’ wholesome, so it’s always amazing to hear stories about the pure and wholesome humans who go out of there way to help an animal.

It’s people like these that make us glad to be human. Sometimes, goodness outweighs the bad, and stories like this make it so.

To all the amazing kind-hearted animal lovers out there — thank you.

1. “Meet Ruby the baby Roo joey. We have adopted her until she's ready to be released back into the wild." 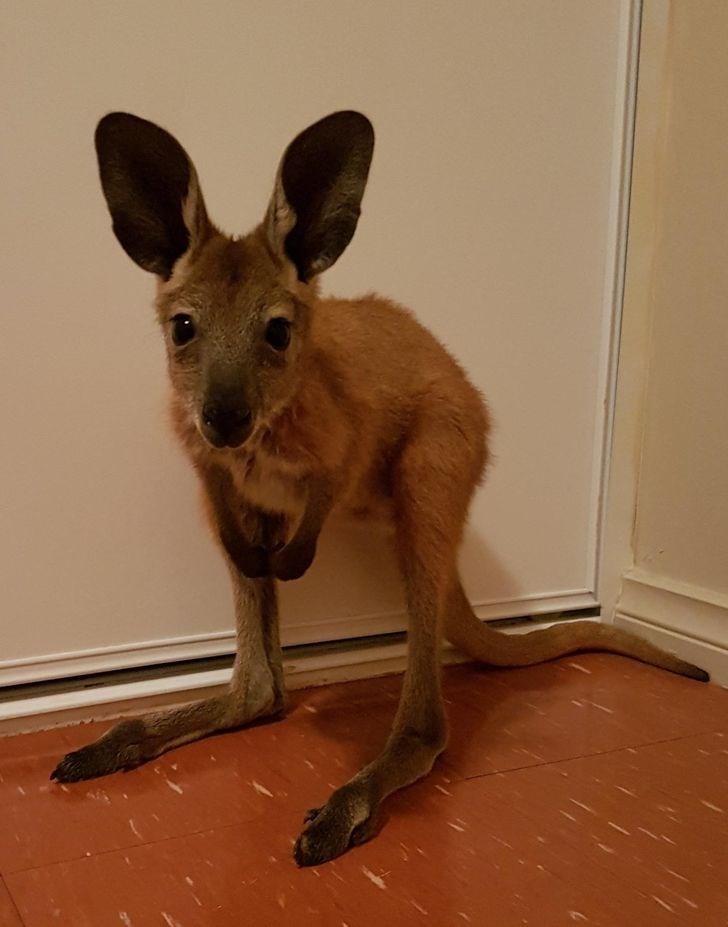 2. “I was walking my dog and saw this rabbit. He was hopping around in the parking lot and then just chilled in the grass. I took him home. Here’s what’s funny: my wife’s been wanting a rabbit for several months now.” 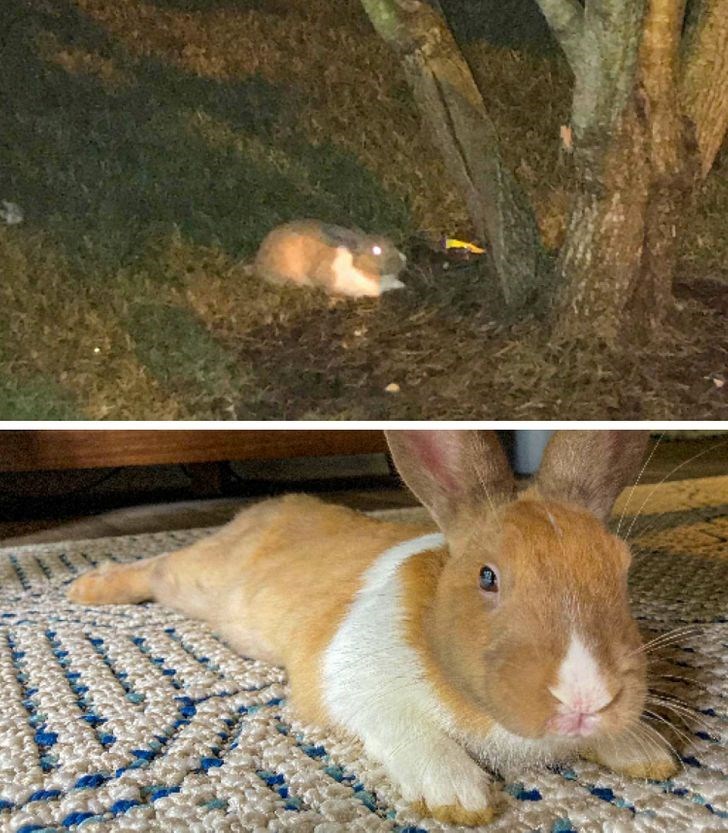 3. “City center, in a crowded park — he was sitting on a billboard. Took me some time to take him down. Now, this cute baby lives with me. He’s as gentle as a kitten!” 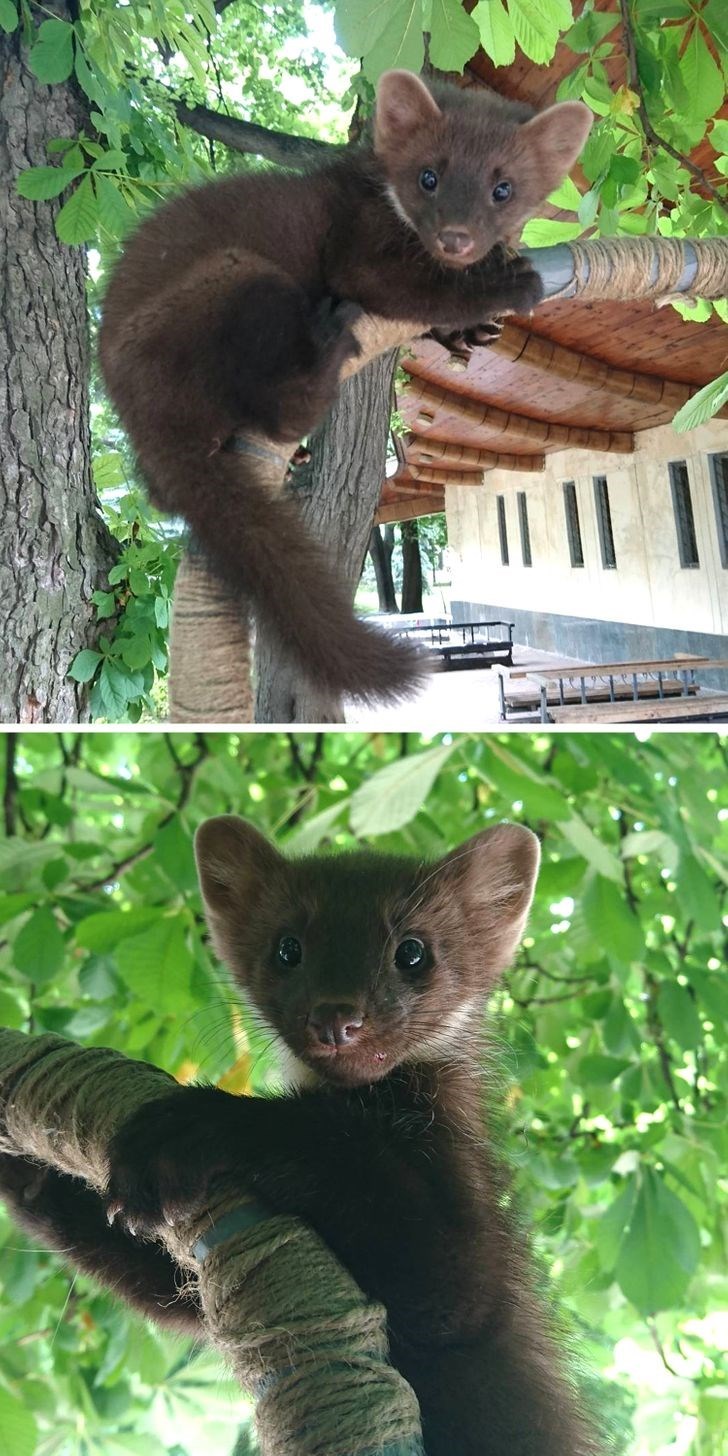 4. “Why on earth did I go to the park that early? I just sat on a bench to relax when I heard someone yelling. Turns out, crows were attacking a baby squirrel. Took him home to feed him.” 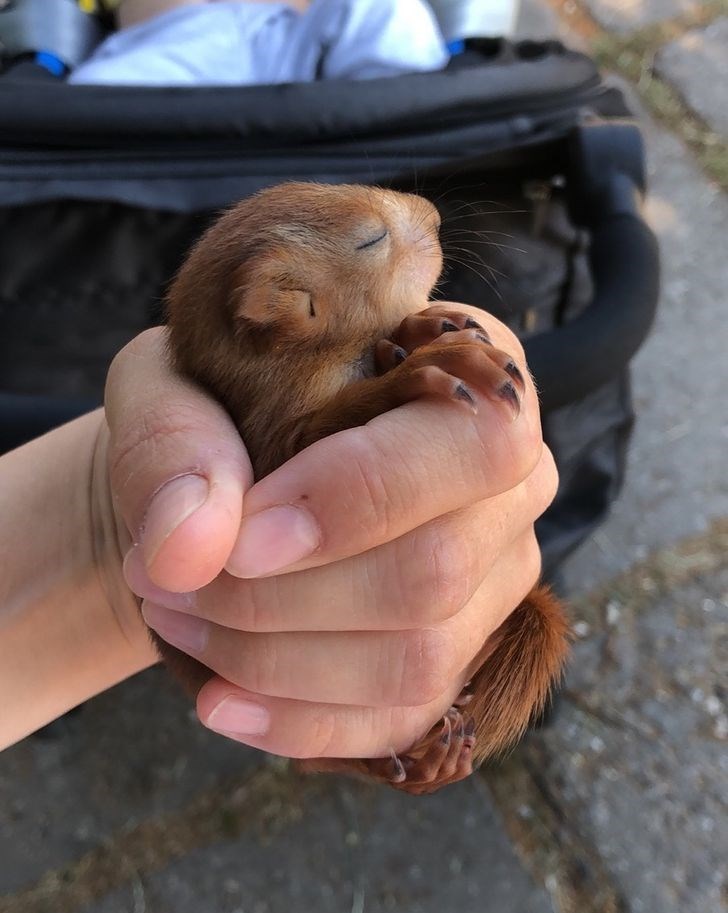 5. “Found this blind, bald baby on the road. Took him home and started to feed him. On the seventh day, he flew out of his box and landed on my finger.” 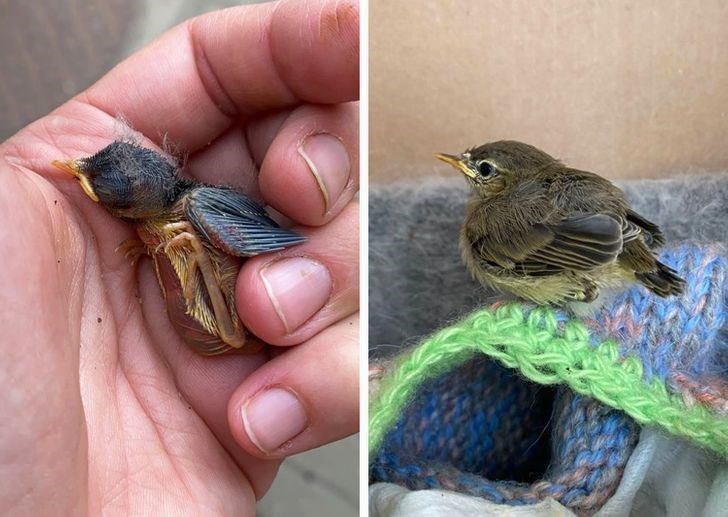 6. "We found a baby parrot on the road a few days back. He wouldn’t look at us the first day and now he wants to cuddle every time he sleeps.” 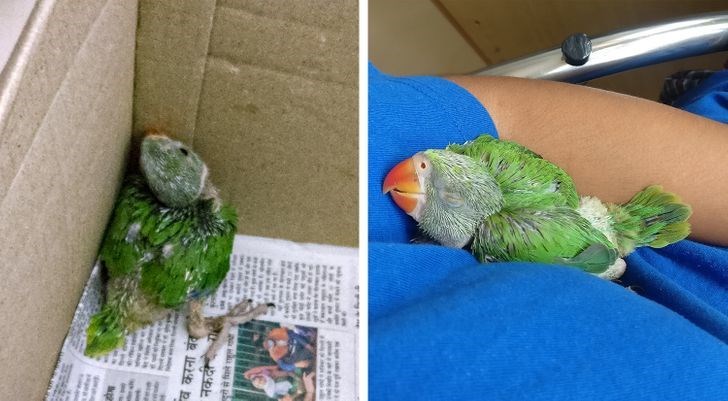 7. “This baby was hiding in the shade under a car and couldn’t get to the grass because of the scorching hot asphalt.” 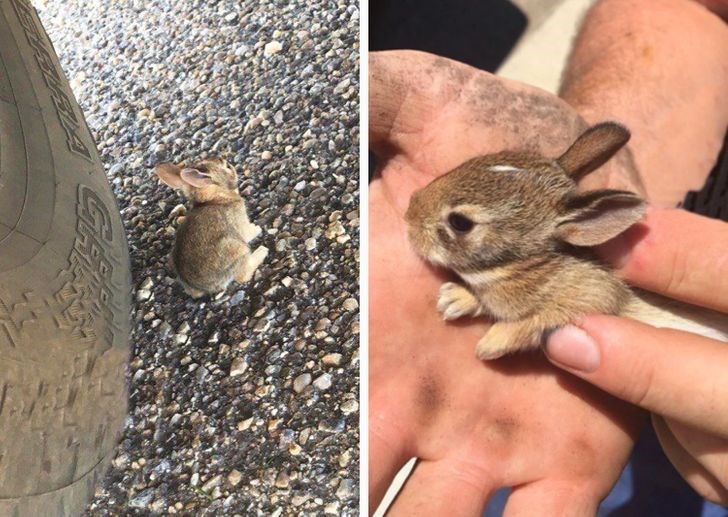 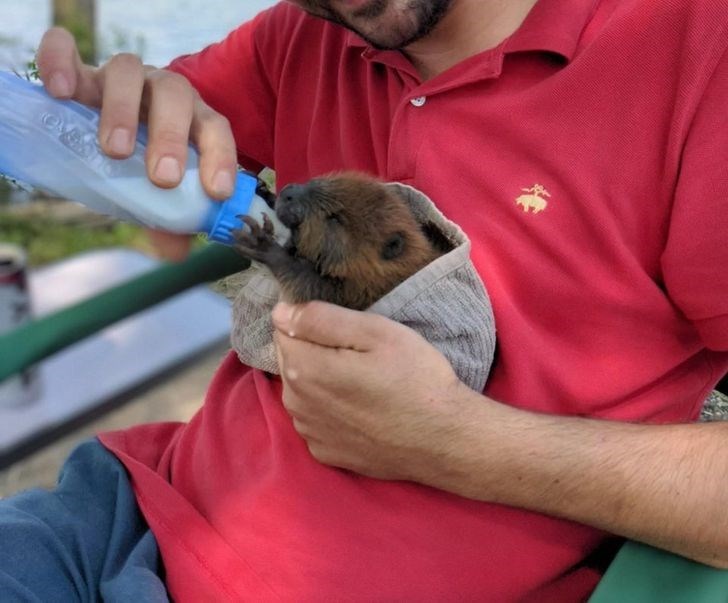 9. 5 years ago, this baby bird fell from nest when this kind samaritan rescued and nursed it to health. 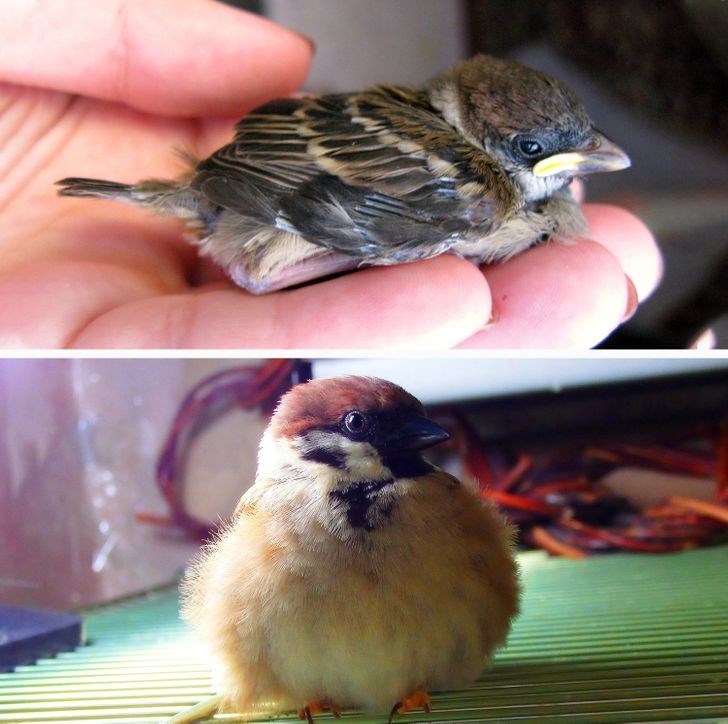 10. “We were staying in the countryside and saw our neighbor screaming and running toward us. When he came up, we saw a small squirrel in his hands.“The squirrel’s really tiny. He’s just lying quietly. Now this baby lives with us." 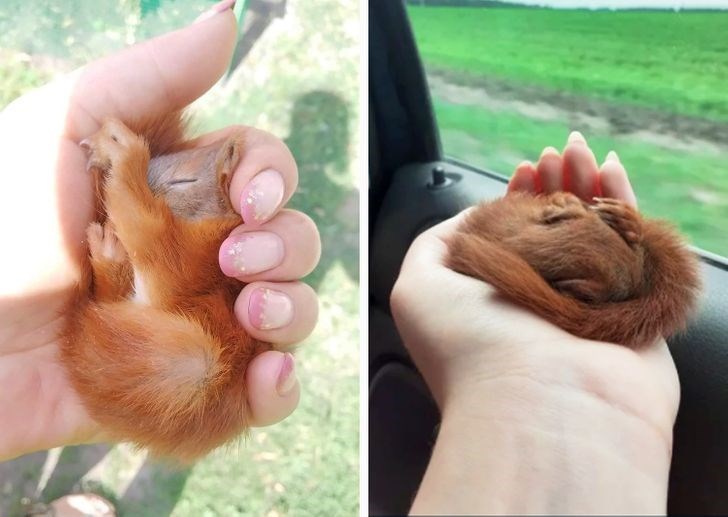 11. “Moose taking an afternoon nap in my Dad's garden. He often comes here to relax. Dad calls him Timmy.” 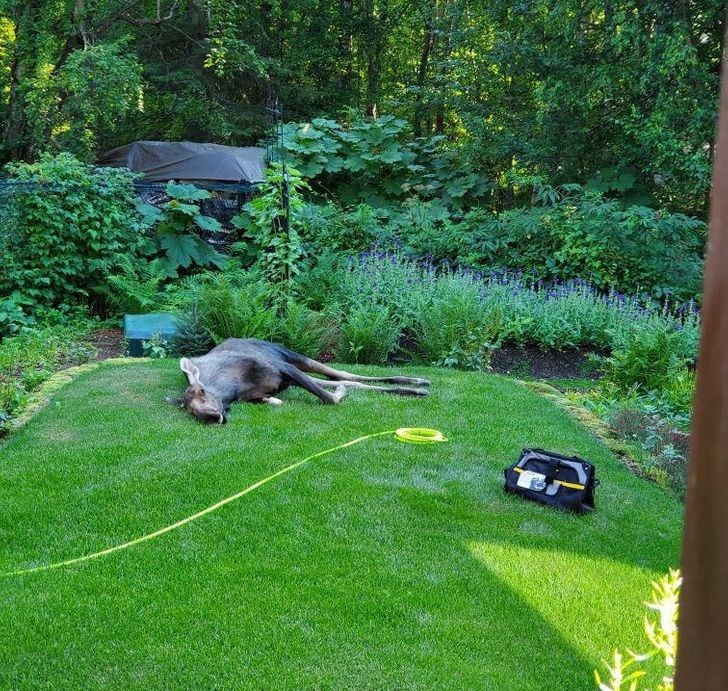 12. “This small Batman got into my house through the chimney. I took him to my shed and brought him some water.” 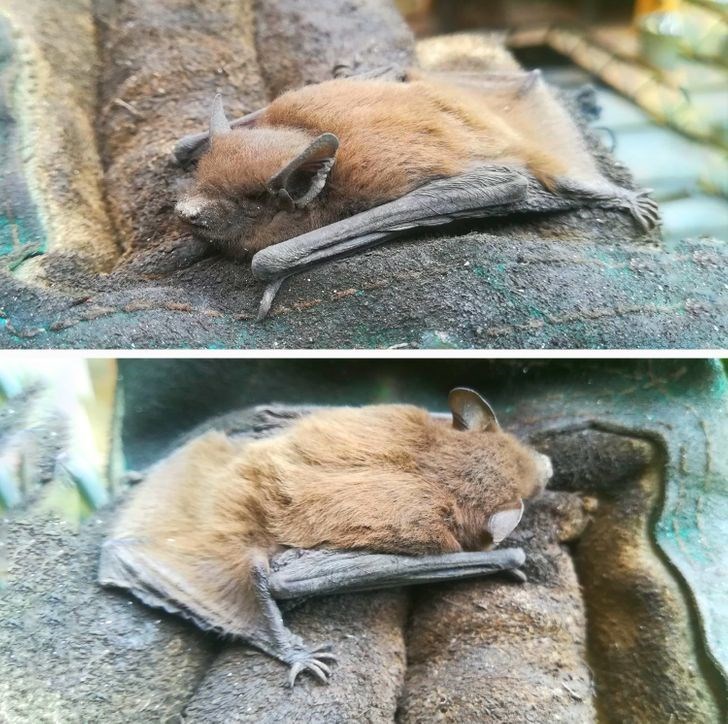 13. “This is Frank. He fell out of his nest. He has splayed legs. We tried to fix his legs the best we could. He waddles like a penguin now.” 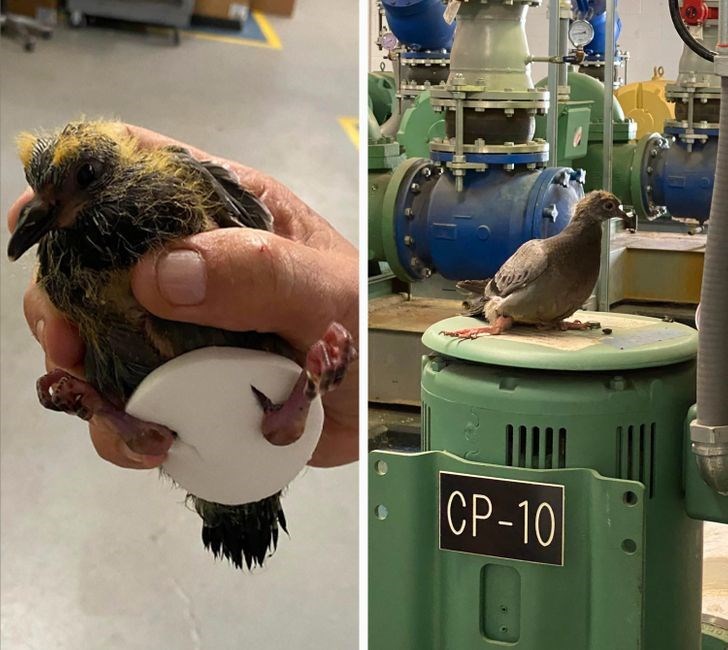 14. “From a scared baby who was stuck in a shed for a month to a gorgeous girl who really loves the heated steering wheel. So glad she’s in my life now.” 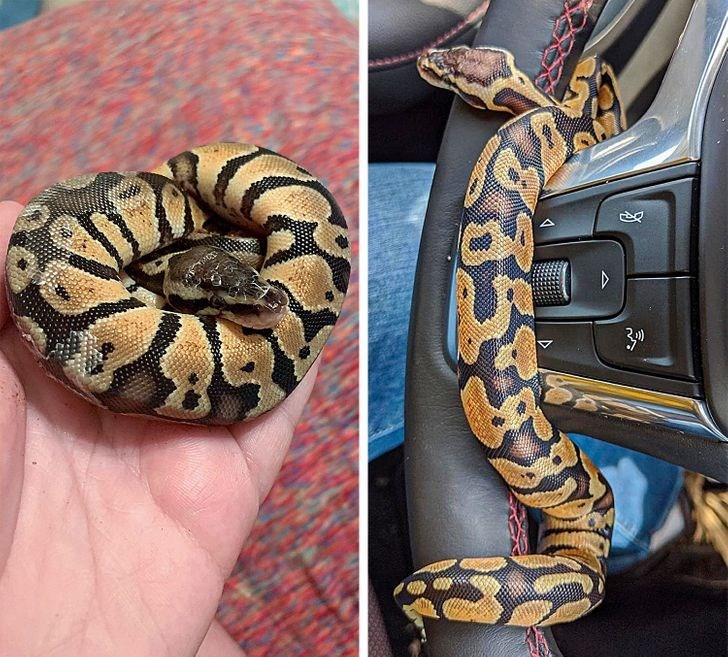 15. "I rescued Blue as chick who couldn't walk and about to be euthanized by his owner. I made him a mini wheelchair and he loves running now. He's such a gorgeous boi!" 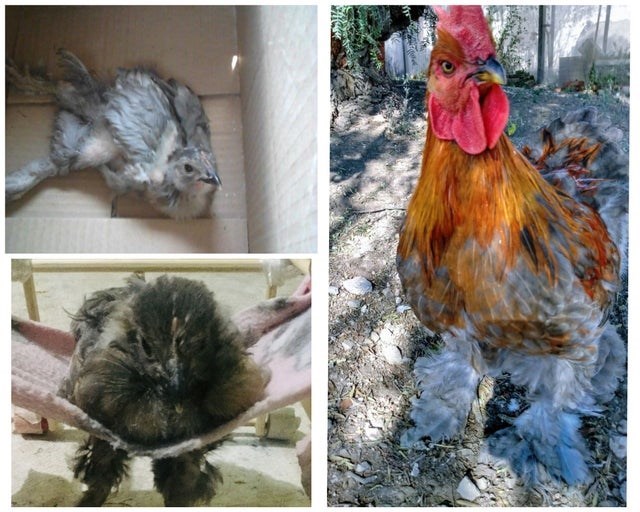 16. "My boy Yuzu was a stray found by a friend of mine with the worst case of scabies we've ever seen (we're all vet students). He's also had ear mites, fungal infections, stud tail, & recurrent ear and eye infections one after the other. — 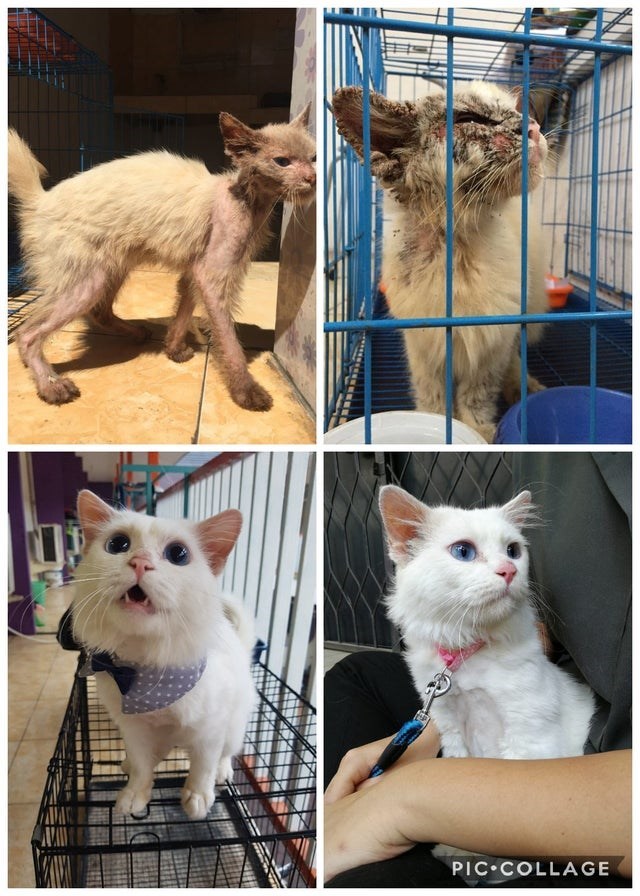 17. "Patron was found discarded in a trash bag on the side of the highway at 4 weeks old. 8 weeks later, he’s a very happy boy and we couldn’t love him more!" 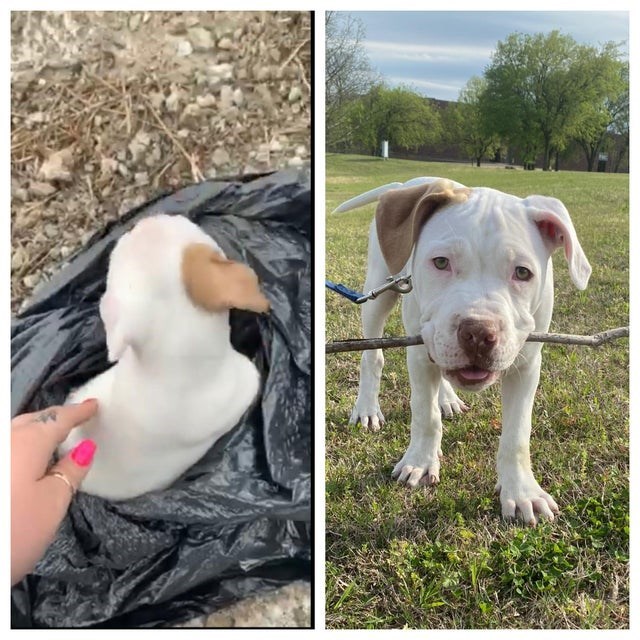 2020-09-16
Previous Post: Vox’s Ezra Klein says the government needs to give us more ‘good choices’ so that we can move away from this whole ‘individualism’ thing
Next Post: New photo shows hero LA Sheriff’s deputy who was shot in the jaw apply a tourniquet to her partner’s wound and radio for help