It seems like Brody Jenner and Josie Canseco just couldn’t stay away from each other for too long!

We first noticed the two had deleted their couple-y photos from their respective Instagram accounts in mid-October, with sources later confirming the split. But now it looks like things may have mended between them!

Related: Brody Jenner Hints At Josie Romance Playing Out On ‘The Hills’

Apparently, the two rekindled their romance at the model’s 23rd birthday party in New York City on Thursday. An insider shared with In Touch:

“Josie celebrated her birthday at Avra with a group of friends. Brody was there and sat next to her. They were all over each other and kissed.”

The outing was also documented via Insta Story: 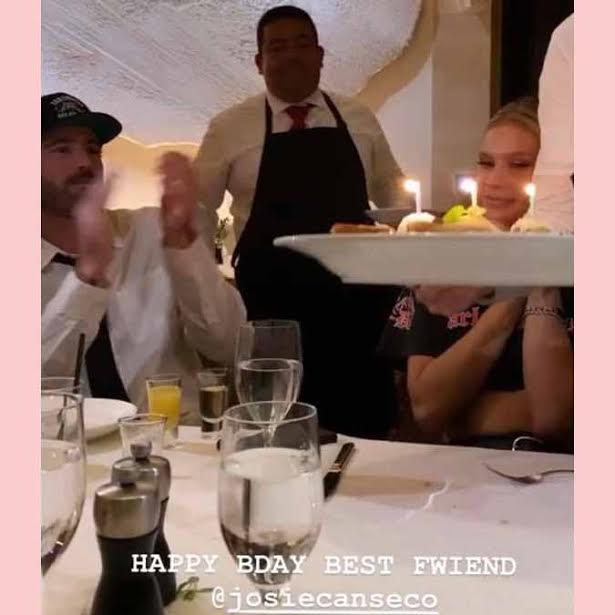 As we initially reported last month, Jenner and Canseco both scrubbed photos from their Instas, despite still following each other social media platform. It seems the Victoria’s Secret model did end up unfollowing her then-ex, which she has yet to undo. Ch-ch-check out the proof (below): 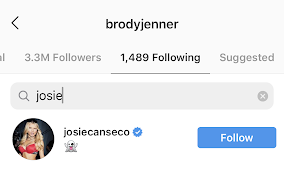 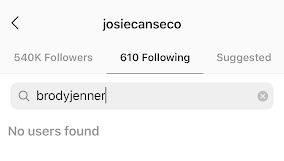 Previously, Brody’s mother Linda Thompson opened up about her son’s new romance, which came hot on the heels of his split with Kaitlynn Carter. While the lovebirds were on a Rocky Mountain adventure, Caitlyn Jenner‘s ex-wife revealed to Us Weekly while attending the Face Forward International Gala in Beverly Hills that their relationship “portends to be long-term.” She continued:

“She’s darling. I’ve met her several times and she’s a darling girl. So, you know, life moves on.”

“She’s very outdoorsy. Even though she’s a Victoria’s Secret model and a New York girl now, she still likes the outdoors. Brody does too. They both love animals [and] both have great, huge hearts for animals and animal rescue. So, you know, that’s important. And they have the greatest sense of humor. Both of them. They have the same sense of humor and they’re both full of vinegar.”

Hopefully, they will choose to take things a bit slower this time around, especially now that a lot of the drama surrounding Kaitlynn and Miley Cyrus‘ split has fizzled out.

What do U think prompted them to get back together, Perezcious readers? Sound OFF (below) in the comments with your thoughts!!